Cloak of the Light by Chuck Black - Wars of the Realm, Book 1

This book is about Drew Carter​. Loads of details of his boring daily life. Then he's in a wreck. He lives but figured God has nothing to do with it. I was about ready to stop there. However he meets a girl, Sidney, and a classmate dies. About the end of chapter 5 I got interested! I'm so glad I didn't give up!

Drew has something amazing happen to him. Something that was unseen, his going blind and what he saw just before he went blind. This causes Drew to have a major physical change. That is just the start of things! Not only is his best friend missing, but Drew has been altered, and he can't exactly explain the return of his vision along with the other powers.

Sidney would love to date Drew, but he isn't a Christian. He doesn't believe that God loves him. Even so, she cares about him and has an influence over him that few can claim. Will Sidney think he has gone mad if he tells her he saw an invader before he went blind, and now he can see them again?

Could this be what he fears it is deep inside himself? Can Sidney help? Will God help, or is Drew on his own?

​A different read that I enjoyed. I do see how it would offend some, and things did move slow for quite a while, but this story has merit and the second book is likely to pick up a great deal from where this one ended. This is the first book I have read from this author.

My copy came from Blogging for Books in exchange for my honest review and nothing else.
Carol :) 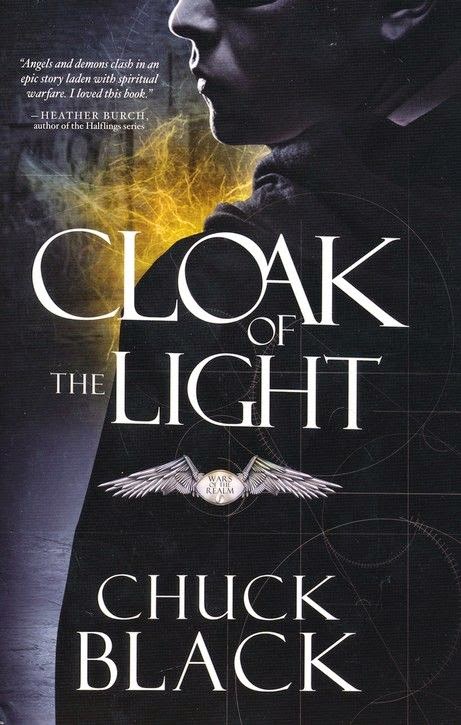 Drew is caught in a world of light - just inches away from the dark
What if...there was a world beyond our vision, a world just fingertips beyond our reach? What if...our world wasn’t beyond their influence?
Tragedy and heartache seem to be waiting for Drew Carter at every turn, but college offers Drew a chance to start over—until an accident during a physics experiment leaves him blind and his genius friend, Benjamin Berg, missing.
As his sight miraculously returns, Drew discovers that the accident has heightened his neuron activity, giving him skills and sight beyond the normal man. When he begins to observe fierce invaders that no one else can see, he questions his own sanity, and so do others. But is he insane or do the invaders truly exist?
With help from Sydney Carlyle, a mysterious and elusive girl who offers encouragement through her faith, Drew searches for his missing friend, Ben, who seems to hold the key to unlocking this mystery. As the dark invaders close in, will he find the truth in time?

About the Author
CHUCK BLACK, a former F-16 fighter pilot and tactical combat communications engineer, is the author of thirteen novels, including the popular Kingdom Series and The Knights of Arrethtrae series. Chuck and his wife, Andrea, have six children and live in North Dakota.