Love Finds You in Bridal Veil, Oregon by Miralee Ferrell

Hi Readers!
I think just the tittle of this series inspired me. Love finds you, what a good think to keep in mind. God's love is going to seek you out and find you. The *RIGHT* love is going to find you wherever you are!
I loved the historic parts of the book, especially the small "chapter" included at the end. It is a neat idea to have each book in another state. I liked that as well. I don't want to tell you too much about this book, other than it was good!
Carol :) 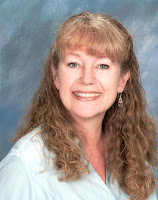 In October 2007 Kregel Publications published The Other Daughter with excellent reviews. The Romantic Times Review magazine gave it Four out of Four and a half stars, with a very strong review. Two different major motion picture studios are currently considering the book as a possible family movie, and my second book in the series (Past Shadows) is on my publishers desk being reviewed for a possible contract offer now.

In February of 2009, Love Finds You in Last Chance, California was published by Summerside Press, and Finding Jeena will release in April 2010 from Kregel Publications.

Miralee Ferrell lives in Washington with Allen, her husband of more than 37 years, ans has two grown children. She serves on staff at her local church ans is actively involved in ministry to women.

Against a backdrop of thievery and murder in Bridal Veil Falls, Oregon, a historic logging community, a schoolteacher is torn between the memories of a distant love and the man who could be her future.

Sixteen-year-old Margaret Garvey had given her heart to Nathaniel Cooper the night he disappeared from town. Four years later, just as she's giving love a second chance with Andrew, a handsome logger, Nathaniel suddenly returns. He steams back into Bridal Veil on a riverboat to work at the nearby sawmill to town with a devastating secret.

While grappling with the betrayal of those she trusted most, Margaret risks her reputation and position by harboring two troubled runaways who might be involved in the murder of a local man.

When disaster strikes the town and threatens the welfare of its citizens, Margaret will be faced with the most important choice of her life.

If you would like to read the first chapter of Love Finds You in Bridal Veil, Oregon, go HERE
The book link is: http://www.amazon.com/exec/obidos/ASIN/1935416634
Posted by Carol E. Keen at 4:02 PM 1 comment:

Hi Everyone!
Hunter's Moon was good! I was very happy to read my second book by Dan Hoesel, and like the first, I was not disappointed. Mr. Hoesel worked at great length to lay a solid foundation for this book. It almost felt a bit slow, but I wound up so intrigued that it wasn't slow, just thorough!
This book has several main characters who weigh in with almost equally gripping balance, and a great deal of suspense! The spiritual aspects are skillfully woven through out the book as well. Forgiveness is a great part of our lives, and it is an intricate part of this book.
Carol 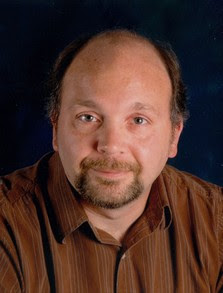 Don Hoesel was born and raised in Buffalo, NY but calls Spring Hill, TN home. He works as a Communications Department supervisor for a Medicare carrier in Nashville, TN. He has a BA in Mass Communication from Taylor University and has published short fiction in Relief Journal.

Don and hopes to one day sell enough books to just say that he's a writer. You can help with that by buying whatever his newest novel happens to be.

He lives in Spring Hill with his wife and two children. 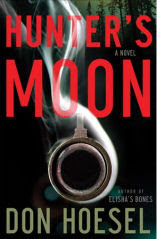 Every family has secrets. Few will go as far as the Baxters to keep them. Bestselling novelist CJ Baxter has made a career out of writing hard-hitting stories ripped from his own life. Still there's one story from his past he's never told. One secret that's remained buried for decades. Now, seventeen years after swearing he'd never return, CJ is headed back to Adelia, NY. His life in Tennessee has fallen to pieces, his grandfather is dying, and CJ can no longer run from the past. With Graham Baxter, CJ's brother, running for Senate, a black sheep digging up old family secrets is the last thing the family and campaign can afford. CJ soon discovers that blood may be thicker than water, but it's no match for power and money. There are wounds even time cannot heal.