That Certain Summer by Irene Hannon

Irene Hannon who has brought us The Guardian's Of  Justice series, the Private Justice series, and Vanished, now gave us That Certain Summer. This book is a departure from the genre that she normally writes. In this book we have a mother who has had a store, but she is manipulative and there are some deep hurts between the two sisters. Karen and Val are finding out that their images of themselves, and their pasts, and their relationships are all not quite what they thought they were. Karen is dealing with raising a teen-age daughter who is angry and upset that her parents are divorced, and that her her Dad is dating younger women.

Val is reeling from an attraction to her Mother's therapist while the good Dr. wonders why he feels attracted to Val, and his little girl is wanting a Mother again. His wife has died, and he is getting a bit lonesome, or is it something else? And then Scott is the Music Director at the church. A former saxophone player who has been through an accident he can't even play the keyboard very well now. This book tracks this whole group through major life changing decisions as they choose to do what they feel God is leading them to do. It ended like I thought it would, and I could tell that Irene worked really hard on her characters. 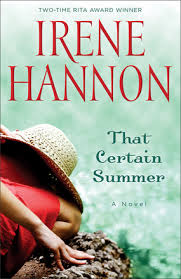 About the Book:
Karen and Val are family—yet they’re anything but close. Karen has carried the burden of responsibility for her aging mother ever since her gorgeous sister left town years ago to pursue a career in theater. But Val had darker reasons for leaving town—as well as a secret to keep—and coming home has never been an option . . . until their mother suffers a stroke. Once reunited in their hometown, Karen and Val must grapple with their past mistakes, their relationship with each other, and their issues with a mother who is far from ideal. When a physical therapist raising his daughter alone and a handsome but hurting musician enter the picture, the summer takes on a whole new dimension. As their lives intersect and entwine, can each learn how to forgive, how to let go, and how to move on? And during this summer of grace, might they also find the courage to love? 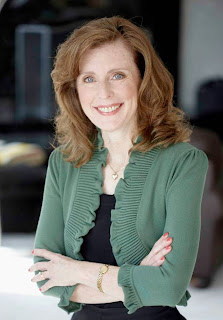 Irene Hannon is a bestselling, award-winning author who took the publishing world by storm at the tender age of 10 with a sparkling piece of fiction that received national attention.

Okay…maybe that’s a slight exaggeration. But she was one of the honorees in a complete-the-story contest conducted by a national children’s magazine. And she likes to think of that as her “official” fiction-writing debut!

Since then, she has written more than 40 romance and romantic suspense novels. Her books have been honored with two RITA awards—the “Oscar” of romantic fiction—and she is a six-time finalist for that prestigious honor. Her books have also won a Daphne du Maurier award, a Carol award, a HOLT Medallion, a National Readers’ Choice Award, a Retailers Choice Award and two Reviewers’ Choice awards from RT Book Reviews magazine. One of her novels was also named by Booklist as one of the top 10 inspirational fiction books of 2011.

Irene, who holds a B.A. in psychology and an M.A. in journalism, juggled two careers for many years until she gave up her executive corporate communications position with a Fortune 500 company to write full-time. She is happy to say she has no regrets!
In her spare time, she enjoys cooking, gardening and singing.  A trained vocalist, she has sung the leading role in numerous musicals, including “South Pacific,” “Brigadoon,” “Oklahoma” “The King and I” and “Anything Goes.” She is also a soloist at her church.

When not otherwise occupied, Irene and her husband enjoy traveling, Saturday mornings at their favorite coffee shop and spending time with family. They make their home in Missouri.

Available June 2013 at your favorite bookseller from Revell, a division of Baker Publishing Group!