Pieces Of The Heart by Bonnie S. Calhoun

This is my second book by Bonnie S. Calhoun. While very different than Cooking The Books , Pieces Of  The Heart is not totally disconnected from Bonnie's first book. I must stay that I wasn't prepared to feel attached Grammy in this book as deeply as I did, but it hasn't been very long since my own Grammie headed for Heaven.

Cordelia fell in love with Bernard the first time he became her hero. Growing up a bit different than the children around her, Cordelia was often called "high-yeller", and she struggled to fit into her own life. Her Mom didn't get along well with her Grammy, her Father's Mother. To top that all off, her Dad is the Preacher, so she is the proverbial "preacher's kid". If all that wasn't enough, the time are getting worse, and Cordelia is trying so hard to understand why God feels so far away. To help her, her biggest fan and confidant is her Grandmother.

Cordelia's Grammy is a quilter, a talent passed down to her from her family. It is an heirloom and a way of life that Cordelia's Mother didn't grow up with, and doesn't understand or really approve of. Grammy is working on a huge quilt in the Pinecone or Pine Burr pattern. Grammy has one, and she has been working for years now on Cordelia's quilt. She calls the quilt a "life covering" because each triangle is put in covered in prayers for that person's life. But things aren't always just what they seem. Bernard's Mother is an abused wife, and her story gets deeper and deeper as Cordelia's relationship with Bernard progresses. And just when everything looked like it was falling into place, then came the drafts, and the war. With Bernard gone to war, will God really answer Cordelia's prayers? Can she connect to the faith that the generations before her have tried to help install in her? No one can live on someone else's connection to God and with all that has happened to Cordelia, she will not make it with out her own personal connection to the power of God.

This is a very deep book, with common threads pulled together throughout the entire tapestry which was carefully crafted and woven with a purpose. This tapestry covers pride, pain, prejudiced, love, hate, and redemption and end the very end ties to the background of the Author's first book in very beautiful ways.

I don't want this to be a spoiler - so stop here if you are worried about that! I have to say how impressed and grateful I was for the PTSD portrayal of certain characters in this book. It is something that strikes home with me in ways that I haven't shared yet.

I am just waiting till I get to read the next book by Bonnie S. Calhoun!

Pieces of the Heart 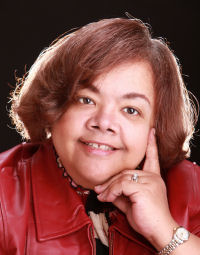 For the last six years she has taught workshops in Facebook, Twitter, Blogging, and creating Social Media promotions at both CCWC, and GPCWC, and in 2011 at the Montrose, Pa Christian Writers Conference. She also taught a Facebook workshop at the 2012 ACFW conference.

Cordelia Grace watched Bernard Howard, the love of her young life, go off to fight for our country in WWII. And she has spent the last three years creating the Pine Cone quilt that will grace their marriage bed when he comes home. Each row of triangles signifies a layer in her life, sets of memories, hopes, dreams, and prayers for her future, enough spoken words to cover them forever. Her image of their “happy-ever-after” grows proportionally as the quilt expands.

But is the man that returns from the war, the same man that she remembered? Are the dark shades of color that she had to use for the outside edges of the beloved quilt prophetic of her life to come? Can love and faith overcome all?

If you would like to read the first chapter of Pieces of the Heart, go HERE.