This is the third book in this series. If you have been reading my prior posts then you know that David Cook Publishing was so kind as to send all of us CFBA reviewers ALL THREE books in this series! So please read my posts on The Reluctant Prophet and Unexpected Dismounts so that you aren't lost by the time you to my review here on Too Far To Say Far Enough by Nancy Rue.

Allison Chamberlain has been through so much! She now has more women than ever getting off the street, off drugs, out of addictions, working with God to change their lives. Her adoption of Desmond has gone through, he is now hers! Chief is recovering from an accident that was on purpose, and the perpetrators in the last book, and the revelations there have changed her life.

But what about when you feel like wanting to be done? Wanting to say, ok... I did my part and now I am through. It is enough? When did you "do" all that God has called you to do? When have you gone as far as you are going to go???

Check back again later tonight or tomorrow and I will tell you  more!
I have been running a tad behind this week, so this review will get fully finished here shortly!

Too Far To Say Far Enough 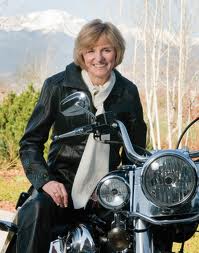 In 1980, Rue took a leave of absence from teaching and took on writing as a nine-to-five job. Although it quickly became apparent that she could starve to death that way, that didn’t stop her: she spent fifteen years getting up at 4:00 a.m. to write before going off to teach school, until she was finally able to pursue freelance writing full-time in 1995.

“I am living a God-directed life,” says the author: “doing what I was meant to do, what I love to, what allows me to give what I’ve been given. I spend as much of my time teaching, filling my well, hanging out with the people I love, as I do writing, and that has made all the difference."

Rue has become a successful, best-selling author of books for ‘tweens and adults. Over her career she’s written more than 100 books. For a complete list of adult fiction, click here. For ‘tween books, click here.

Nancy travels the country speaking and teaching at schools, churches, home school groups, and for groups of ‘tween girls and their moms. She lives in Tennessee with her husband, Jim. Their daughter, Marijean, son-in-law, Brian, and baby granddaughter Maeryn, live in nearby Nashville. The Rues’ two yellow Labs share (and eat) Jim and Nancy’s home.

Allison Chamberlain has done everything God required of her—but as He continues to nudge her in the third and final book of The Reluctant Prophet series, she is ready to say, “Enough!”

Even with two Sacrament Houses open, the Sisters’ second hand clothing boutique making its debut, and the orphaned Desmond legally adopted, Allison Chamberlain receives the divine Nudge to Go another mile. Eventually responding with her usual reluctant obedience, she finds herself caring for a very young prostitute and facing the deepest roots of evil. Despite the adversaries who threaten those closest to her, Allison finds that she has not gone far enough until she conquers hate and learns to love as God does. No matter what the consequences.

If you would like to read the first chapter of Too Far To Say Far Enough, go HERE.

Thank you so much for chatting up the RP trilogy, Carol. I appreciate it more than you know! Blessings,
Nancy Rue

You are SO VERY welcome! I am so thankful to have been able to read this series you wrote! :)