Celia is a widow, with a little girl to raise. She is struggling, and she is lonely. She has been "informed" that her child needs a father and she needs a husband. That is so much easier said than done though isn't it? Fiances are so hard that she opens her home to borders. To protect her heart, she says she will not marry a man who can't get her roses at Christmas time, and in frozen Wyoming non-the-less! When her handsome boarder who is just passing through starts to dream again, he is soon considering what it would be like to be married to a woman who hasn't totally stopped hoping and dreaming herself. A very sweet story, a short fast read that might be worth reading more than once! 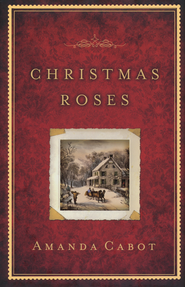 Celia Anderson doesn't need anything for Christmas except a few more boarders, which are hard to come by in this small mining town. She certainly doesn't have a husband on her Christmas wish list. But when a wandering carpenter finds lodging at her boarding house, she admits that she might remarry if she found the right man--the kind of man who would bring her roses for Christmas. It would take a miracle to get roses during a harsh Wyoming winter. But Christmas, after all, is the time for miracles . . . 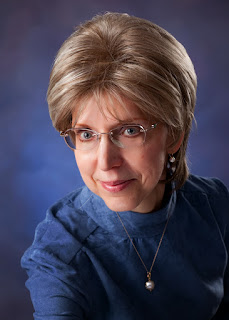 About The Author:
Her Web Site: http://www.sff.net/people/amanda.cabot/

From the Inside Flap

A raised eyebrow telegraphed Mark's feelings. "Are you talking about novels? They're not real."

"The stories may not be real, but the love they portray is. I've seen it. I want a husband who looks at me the way Reverend Pearson looks at Bertha. I want a man who will love me for myself, not for my cooking or because I would be a mother to his son or even because he's lonely." Celia closed her eyes for a second before she said, "I want a man who will give me roses for Christmas."

When she opened her eyes, Mark was staring at her, his expression inscrutable. "That's a pretty tall order. Roses don't grow in December, leastwise not in Wyoming Territory."

Forcing a laugh to cover her embarrassment, Celia gave Mark a wry smile. "Then I guess I won't marry again."

From the Back Cover

Celia Anderson doesn't have a husband on her Christmas wish list. But when a traveling carpenter finds lodging at her boardinghouse, she admits that she might remarry if she found the right man--the kind of man who would bring her roses for Christmas. It would take a miracle, though, to find roses during a harsh Wyoming winter.

But Christmas, after all, is the time for miracles . . .

Available September 2012 at your favorite bookseller from Revell, a division of Baker Publishing Group.

I'm delighted that you enjoyed Christmas Roses. Thanks for sharing your opinions with the world.