I haven't had a change to read this book yet, but I'm working on reading the first book in this series. ;) So this is a spotlight post. 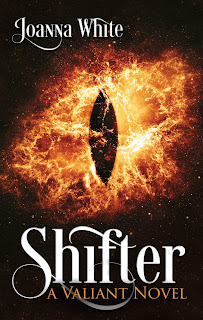 About the Book:  Beroan is a shapeshifter, part of the dragon clan. His clan’s Alpha, Sirath, wants to watch the world burn.For ten long years Sirath has attacked villages, killing thousands of humans and burning towns to the ground. Beroan has had enough, but his resistance will only end in suffering.Nsi is a human living in a small village with her grandmother and cousin. Her ignorance about the existence of shifters won’t protect her for long. Her family was killed in a dragon attack when she was younger, and now dragons have come again. Now she will stop at nothing until the dragon shifters are stopped, to save humans from suffering the same fate as her family.Together, Nsi and Beroan will risk everything to save humanity from Sirath.Darkness is spreading through the galaxy, Corrupting one world after another, and now it has come for theirs. Sirath already belongs to the Corruption of darkness.He will not stop until he burns down the world and leaves it covered in fire and ash.

Get your copy HERE! 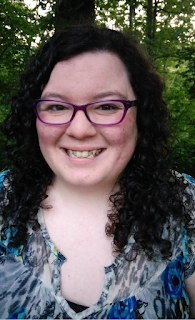 About the Author:Joanna White earned a Bachelor of Fine Arts degree in Creative Writing for Entertainment at Full Sail University. The Valiant series is her first published work, which first started off being updated on a website called Wattpad. She lives in the countryside of Missouri with her husband, where she continues to work on her other upcoming books. Writing has been a passion since she was ten, when she wrote her first book. Ever since then, writing has become her life outside of her family, God, and being a nerd.

Want a chance to win a book reading light, a book holder, a toy dragon, a puzzle and tote bag of Shifter's cover? Then enter my giveaway at: http://www.rafflecopter.com/rafl/display/86b4d20b2/?

My website (to find out more about the Valiant Series and get free book recommendations): https://www.joannamariewhite.wixsite.com/mywebsite

Instagram: instagram.com/joannawhite316
Posted by Carol E. Keen at 1:52 AM