This is a Bloodhound Book Review 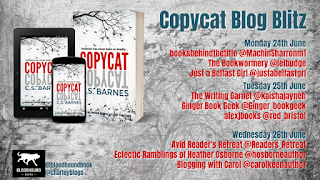 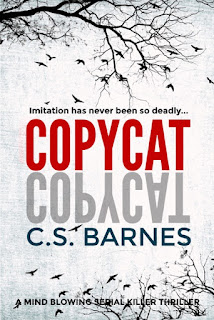 About the Book:
When the body of a young woman, Jenni Grantham, is found abandoned in the playing fields that sit at the centre of a small town, DI Melanie Watton and her team are called to investigate. If the discovery alone wasn’t disturbing enough, it soon becomes apparent that the murder, the method and the appearance of the victim, is something they have seen before.

With the help of Medical Examiner George Waller, DI Watton uncovers the case history of Michael Richards – a local murderer who put this small town on the map when he killed five women before turning himself in.

Further investigations reveal that the most recent victim, Jenni, was recently reported missing by her parents. And when Jenni’s personal effects are introduced into the investigation, shocking discoveries are made about the victim’s fascination with the original killings.

However, when the ME makes a surprise discovery, things appear even more complicated than the team originally believed, and DI Watton realizes that Jenni was perhaps not the only local with a fixation on these infamous killings.

With a copycat killer on the loose, the team knows it is only a matter of time before another body is discovered. But when a second murder does take place, the team find themselves questioning everything they thought they knew…

My Review:
Here is the story of a killer. Yes, there are many of them in the real world and in books, but this killer took out five women and then he turned himself in. Like many such people, he had his life ended when in prison. Now there's a problem. Another life, Jenni's,  has ended abruptly and the clue left with the victim would be the signature of Michel Richards, but he's dead. DI Melaine Watton can't shake some of her concerns. As she works the case, which has suspense, clues here and there, the concern that the real killer wasn't Richards, I got more and more involved in the story. This book has police procedures along with physiological insights. I was rooting for the truth to be reviled and the perpetrator to be brought to justice. I became fond of Melaine, she is well written. This should become a series, it's quite strong.

4 Stars and a thank you to Bloodhound Books! 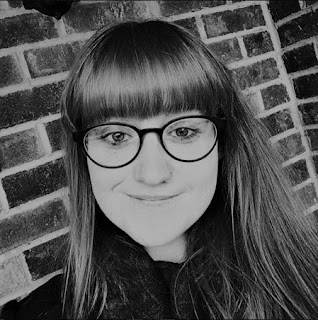 C.S. Barnes (Charley to her long-time pals) is a Worcestershire-based writer and poet who has recently achieved her Doctorate degree in Creative Writing, and now spends a lot of her time wondering what to do with it. She is a lecturer, content writer, tea-drinker and book-reader with a passion for psychological thrillers that shines through her own work.

Barnes is also one of three directors of Worcestershire LitFest and Fringe literary festival and, independently of this, she runs her own monthly open mic/spoken word event in Worcester City Centre, titled Dear Listener.

She published her debut short story collection in May 2017, titled The Women You Were Warned About(Black Pear Press), and her debut poetry pamphlet, A Z-hearted Guide to Heartache, will be published be in July 2018 (V. Press). Never Forget Your Firstwill be Barnes’s debut novel, due for publication with Bloodhound Books in 2019.

For writerly updates, you can follow Barnes on Twitter: @charleyblogs
Posted by Carol E. Keen at 9:57 PM