Danger on the Ranch By Dana Mentink (Roughtwater Ranch Cowboys) 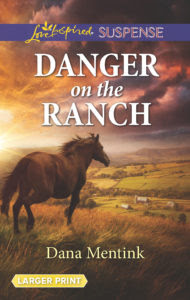 After putting his serial killer brother in prison, former US marshal Mitch Whitehorse chooses a solitary country life—until his brother escapes. Now Mitch’s former sister-in-law, Jane Reyes, needs protection…for herself and the toddler she’s kept a secret. Mitch still isn’t sure of Jane’s innocence in his brother’s crimes, but to keep his nephew out of a killer’s grasp, trusting her is his only option.

Sometimes I just need a good western. Former US Marshal, Mitch Whitehorse had to put his own brother in prison. His brother's crimes; that would be murder. He's on the side of good and justice and his brother has become a serial killer. Now, if that weren't enough stress, his brother is on the lam. He's escaped, he's after Mitch and now his Sister-in-Law and his nephew are begging for protection. Poor Mitch! He's got so much guilt and now two more people to protect? I felt for the guy. He's carrying so many burdens and struggling to do what's right, now he has these new lives to contend with caring for and keeping safe.

In true Western style, we have lots of suspense. It's a movie in print as the pages flew by revealing more and more about Mitch, little Ben, and his mom, Jane. Themes of forgiveness when you're so mad at God you can't see straight run through this book. It's not a light and fluffy read. This one is dramatic and gritty. 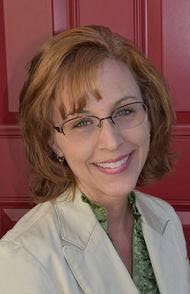 Dana Mentink is a two time American Christian Fiction Writers Carol Award winner, a Romantic Times Reviewer’s Choice Award and a Holt Medallion winner. She is a national bestselling author of over thirty five titles in the suspense and lighthearted romance genres. She is pleased to write for Harlequin’s Love Inspired Suspense, Harlequin Heartwarming, Harvest House and Woman’s World Magazine. Dana was thrilled to be a semi-finalist in the Jeanne Robertson Comedy With Class Competition. Besides writing, she busies herself teaching third grade. Mostly, she loves to be home with Papa Bear, teen bear cubs affectionately nicknamed Yogi and Boo Boo, Junie, the nutty terrier, a chubby box turtle and a feisty parakeet. You can connect with Dana via her website at danamentink.com, on Facebook, YouTube (Author Dana Mentink) and Instagram (dana_mentink.)

We’re kicking off a new cowboy series, but this one is going to take you for a wild ride! Set on a ranch that’s sandwiched between the sea and the hills required me to do some on site research of course! I spent quite a while in this gorgeous area of California, looking for cattle. (You can see the zany results in my video.) I found the cattle, and also the perfect setting for this first book. It’s a creepy one, I’ll warn you, as hero Mitch Whitehorse comes face to face with the serial killer brother he sent to prison….and his desperate ex sister in law. Saddle up and enjoy the story! God bless!

To celebrate her tour, Dana is giving away a grand prize package that includes a gorgeous insulated lunch bag, a copy of Danger on the Ranch (winner’s choice of format), and a $15 Amazon gift card!!
Be sure to comment on the blog stops for nine extra entries into the giveaway! Click the link below to enter. https://promosimple.com/ps/e31a/danger-on-the-ranch-celebration-tour-giveaway
Posted by Carol E. Keen at 5:01 AM

I am enjoying these tours and finding all the terrific books my family is enjoying reading. Thanks for bringing them to us and keep up the good work.

Great review. This sounds like a great read. I love the cover thanks for the chance.