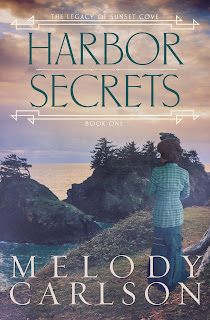 A Peaceful Coastal Town…Threatened by a Storm of Secrets

It's 1916 when newspaper woman Anna McDowell learns her estranged father has suffered a stroke. Deciding it's time to repair bridges, Anna packs up her precocious adolescent daughter and heads for her hometown in Sunset Cove, Oregon.

Although much has changed since the turn of the century, some things haven’t. Anna finds the staff of her father’s paper not exactly eager to welcome a woman into the editor-in-chief role, but her father insists he wants her at the helm. Anna is quickly pulled into the charming town and her new position…but just as quickly learns this seaside getaway harbors some dark and dangerous secrets.

With Oregon’s new statewide prohibition in effect, crime has crept along the seacoast and invaded even idyllic Sunset Cove. Anna only meant to get to know her father again over the summer, but instead she finds herself rooting out the biggest story the town has ever seen—and trying to keep her daughter safe from it all.

My Review:
Carlson started this new series off with a solid first book that drew me in from start to finish. It has plenty of history, including how the  Prohibition went into effect for some areas earlier than others. This book places many of the issues during that time into the setting of a beautiful seaside town.

I'm not a big war book fan, but this series looks like is going to be an exception. It's got the right suspense, history, faith and more. Anna fascinated me. I admire her strengths and felt for her with her "weakness", and loved the newspaper aspects. I'm so happy to dive into the second book in this series. 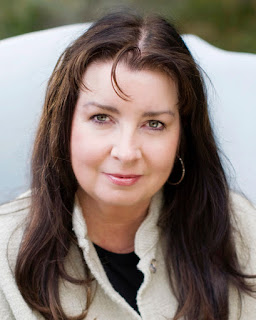 Melody Carlson has written more than 200 books (with sales around 6.5 million) for teens, women, and children. That’s a lot of books, but mostly she considers herself a “storyteller.” Her young adult novels (Diary of a Teenage Girl, True Colorsetc.) appeal to teenage girls around the world. Her annual Christmas novellas become more popular each year. She’s won a number of awards (including RT’s Career Achievement Award, the Rita, and the Gold medallion) and some of her books have been optioned for film/TV. Carlson has two grown sons and makes her home in the Pacific Northwest with her husband and yellow Lab dog. 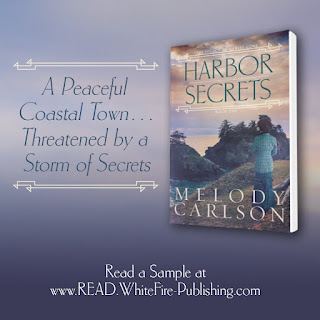 Have you checked out Melody Carlson's new historical series yet? Oregon's prohibition sets the perfect backdrop for danger and romance! #READatWhiteFire #ChristianFiction #LegacyofSunsetCove