Numb is a very interesting book!

When I started it I felt lost as though I started in the middle of a program, but soon I was deep inside another world. This book starts out with space ships, and on a space station.  The "Ministry" called the Ministrix has hired hit men who take out targets that are against the Ministrix and God's will. Crusader is one of these men. He has an electronic parrot on his shoulder that helps him in his missions.

Crusader is the best man in his field. He fulfills missions and moves on to the next mission. Numb inside, and rather numb physically as well, in today's terms we might call him a sociopath. Thus, Crusader was just going after his target, when instead of not feeling, he thought he was getting sick! Before he could take out his target, another Ministrixs hit man attacks him! Dispatching that issue rather quickly, Crusader has another problem.

Logically, Crusdaer figures he is doing the right thing, and he works out of obedience to what he believes is correct. The Praesidum runs on a Tolerance Law which is anything but tolerant! This group has outlawed Christianity and for now, they are at peace with the Ministrix. Ministrixs is religious. Notice I didn't say they are following Christ, they are full of rules and a good deal of un-forgiveness.

Why should taking out Isolda Westin be any different than any other assignment? She nothing but a lowly engineer and he has been commanded to not just kill her, but to do so in public! However, something is bad wrong. The harder Crusader tires, the most he starts to see that he freezes up, he breaks down, he FEELS things when he tries to even plan out the kill. Isolda is a for real follower of Christ, and she escapes with Crusader in hot pursuit. To make matters worse, Isolda has so shaken Crusaders's life that he has to keep her alive, at least for now, if he is ever going to find out what is wrong with him. If he can't figure that out, he sure can't keep working his job because this is messing up his formerly perfectly easy job, and we haven't even gotten to the Catacombs yet!

This book is non-stop adventure and deep thinking about what is truth, and what is a lie. I really enjoyed this and I can't wait for the next books to come out! 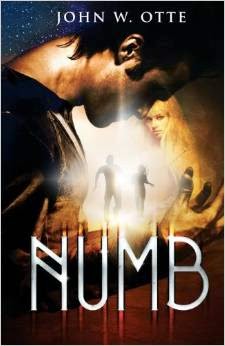 Save the girl...or his soul?

Crusader is numb. He feels neither emotion nor pain, a divine gift that allows him to be the Ministrix's best assassin. Whether it's heretics from within or heathen from without, Crusader is the sword in the True Church's hand. And if he remains obedient to his superiors, he will be able to let go of his guilt.
But then he's ordered to kill Isolda Westin. It shouldn't be a problem. A target is a target. When Crusader sees Isolda's image, though, something strange happens. He experiences a moment of panic, a wave of emotions, the first he's felt in as long as he can remember.
In that moment, he realizes he can't fulfill his mission. He can't kill Isolda Westin, even if it means he'll be condemned as an enemy of the Ministrix.
Soon Crusader and Isolda are on the run. Will they be able to learn why the Ministrix wants Isolda dead? Or will they both face the harsh justice of the "True Church"?