North, or Be Eaten by Andrew Peterson (Wingfeather Saga #2)

A long time ago, there was this post. It got updated, as did the rest of this series. Only, wait? What happened to the post for book #2? Well, back then I ordered it and read it, but it was not on a tour, and it didn't get posted. So this will rectify that situation!

The series got new artwork, tons of new illustrations. Even more maps! It also is in hardback. So now my shelves have full sets of BOTH editions. WOW. 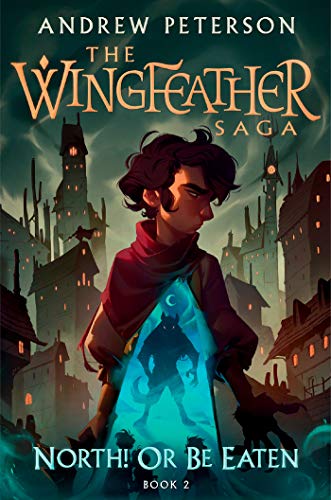 First they found themselves On the Edge of the Dark Sea of Darkness. Now they must make their way North! Or Be Eaten . . .Janner, Tink, and Leeli Igiby thought they were normal children with normal lives and a normal past. But now they know they're really the Lost Jewels of Anniera, heirs to a legendary kingdom across the sea, and suddenly everyone wants to kill them.In order to survive, the Igibys must flee to the safety of the Ice Prairies, where the lizardlike Fangs of Dang cannot follow. First, however, they have to escape the monsters of Glipwood Forest, the thieving Stranders of the East Ben, and the dreaded Fork Factory.But even more dangerous are the jealousies and bitterness that threaten to tear them apart. Janner and his siblings must learn the hard way that the love of a family is more important than anything else.Full of characters rich in heart, smarts, and courage, North! Or Be Eaten is a tale children of all ages will cherish, families can read aloud, and readers' groups are sure to enjoy discussing for its many layers of meaning.

So, I'm hooked on the characters. There's action and adventure. Chasing, and running, and danger, and rescues along with friendship and creatures and have I yet told you this is an amazing series that isn't lacking anything at all? Our female lead rocks, and the morals are fantastic. You can read and re-read this series and not get tired of it. Most of all, you will understand why -- North, or be eaten, and by what, and why, and what happens when you get to North? 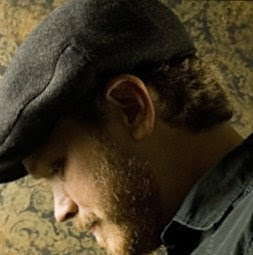 Author/Singer/Songwriter Andrew Peterson, a 2005 Audie Award finalist for his readings of Ray Blackston’s Flabbergasted trilogy, wrote and produced the popular Christmas play and musical Behold the Lamb of God: The True Tale of the Coming of the Christ, and the album by the same name, which received the 2004 Best Album of the Year, World Christian Music’s Editors Choice Award. Andrew’s received critical acclaim for his seven albums and is at work on an eighth. He lives with his wife Jamie and their three young children near Nashville, Tennessee, where he reads storybooks aloud to his family each evening. Artist Justin Gerard has illustrated several children’s books, including The Lightlings storybooks for young readers by R.C. Sproul. He lives in Greenville, South Carolina, and works as the chief creative officer for Portland Studios.
Andrew’s Web site and blog (a team blog he moderates): http://andrew-peterson.com/ and http://www.rabbitroom.com/
Posted by Carol E. Keen at 4:47 PM