Child of Mine by Beverly & David Lewis

I have read several of Beverly Lewis's books. I choose this one because it was also written with her husband. I like that. I was not prepared for the depth of what this would stir up in me. This book connects more to me than Beverly's other books. It is less Amish, and has deep ties into things we deal with in the non-Amish world.

Eight, long hard years ago, Kelly and her husband had a little girl. Her daughter was stolen, and vanished. Her precious child, sold on the black market, her girl could be anywhere including dead. Kelly's husband - he is dead. Managing to finagle DNA from a possible little girl is another dead end. That one is not her child.
Even with all this, Kelly hasn't given up on finding her Emily, but she is about reached the end of what she is able to do. Just as all hope is about to be gone, a lead turns up. Will Kelly find Emily at long last?

Why does Jack Livingston's niece match Emily's profile? Her adoptive parents dead, Jack loves and adores the girl he has been raising. He runs a flight school called Higher Ground. Laura Mast was Amish. She has been shunned so we find her as the nanny raising Jack's niece, Nattie.

Now a slew of questions come into play. Is Nattie Emily? If so how, and why? Jack and Kelly are attracted to each other, but is that even going to work with all Kelly has been through? Or even more so, if Jack's Nattie is Emily, then what?

Now the plot. A bit complicated in some ways with a how could someone really miss that moments. However, given a few people I have know recently I will say, ok... it is not outside of the realm of possibility! Even the things that break with Amish tradition even in some startling ways, we all know things do change a bit no matter what, and some times you need to focus on the story instead of a preconceived idea. I found this book to have a good ending and a strong message about love where it concerns children, and God's plans for lives not always being what we might have though it was prior.

My copy of this book came from Bethany House in exchange for my honest review, and nothing more. 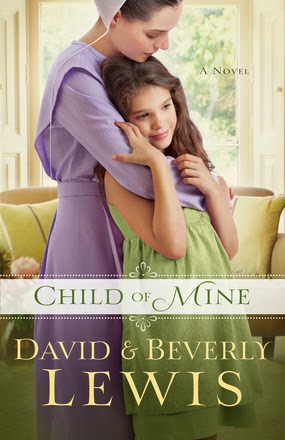 From Bestselling Authors David & Beverly Lewis Flight instructor Jack Livingston has been raising his eight-year-old adopted niece, Natalie, since the accident that took her parents' lives. When he travels, Natalie is tenderly cared for by her Amish nanny, Laura Mast, who loves the little girl as her own.

Eight excruciating years ago, Kelly Maines's baby was kidnapped. Determined to find her child, Kelly has tirelessly pursued every lead to its bitter end. And now, with the clock ticking, one last clue from a private investigator ignites a tiny flame of hope: Just a few miles away lives a young girl who matches the profile.

Can this be, at long last, Kelly's beloved daughter?