Shadows on the Sand by Gayle Roper

Today is about Shadows On The Sand by Gayle Roper. I am not sure how I missed reading any books by Gayle Roper, but I am throughly enjoying this one. Entering into a small cafe, the lives of the people who live and work there start to unfold for us. Carrie has been there for a while, and it is intriguing how she and her sister wound up living in this tiny, mostly safe, costal town called Seaside. Greg is the man who makes Carrie's heart act up, but he lost his wife and children long before Carrie and he hasn't stopped grieving yet.

Their young waitress Andi is dating a really questionable guy, Bill. Bill gets into a fight with their mild mannered, mysterious young dishwasher Jason. Immediately after the fight Jason vanishes, and soon it is  believed that he has run away, or been killed. Then more things happen!

In the mist of it all God is present, and I liked how this was written. The romance was just right, and that is hard to do. I take bouts of not liking romance, and loving it. I was pleased with this book, the settings, and the way the stories of their past lives unfolded. Very enjoyable, not too heavy, and not too light.

This week, the
Christian Fiction Blog Alliance
is introducing
Shadows on the Sand
Multnomah Books (July 19, 2011)
by
Gayle Roper
ABOUT THE AUTHOR: 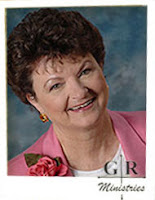 Gayle is the award winning author of more than forty books. She has been a Christy finalist three times for her novels Spring Rain, Summer Shadows, and Winter Winds. Her novel Autumn Dreams won the prestigious Romance Writers of America's RITA Award for Best Inspirational Romance. Summer Shadows was voted the Inspirational Readers Choice Contest Book of the Year (tied with fellow author Brandilyn Collins).

Gayle has won the Holt Medallion three times for The Decision, Caught in a Bind, and Autumn Dreams. The Decision won the Reviewers Choice Award, and Gayle has also won the Award of Excellence for Spring Rain and the Golden Quill for Summer Shadows and Winter Winds. Romantic Times Book Report gave Gayle the Lifetime Achievement Award.

For her work in training Christian writers Gayle has won special recognition from Mount Hermon CWC, St. Davids CWC, Florida CWC, and Greater Philadelphia CWC. She directed St. Davids for five years and Sandy Cove CWC for six. She has taught with Christian Leaders, Authors and Speakers Services (CLASS), serving for several years as their writer in residence. She enjoys speaking at women's events across the nation and loves sharing the powerful truths of Scripture with humor and practicality.

Gayle lives in southeastern Pennsylvania where she enjoys her family of two great sons, two lovely daughters-in-law, and the world's five most wonderful grandchildren. When she's not writing, or teaching at conferences, Gayle enjoys reading, gardening, and eating out.

Carrie Carter’s small café in Seaside, New Jersey, is populated with a motley crew of locals although Carrie only has eyes for Greg Barnes. He’s recovering from a vicious crime that three years ago took the lives of his wife and children—and from the year he tried to drink his reality away. While her heart does a happy Snoopy dance at the sight of him, he never seems to notice her, to Carrie’s chagrin.

When Carrie’s dishwasher is killed and her young waitress disappears, Greg finds himself drawn into helping Carrie solve the mysteries … and into her life. But Carrie has a painful past, too, and when the reason she once ran away shows up in town, the fragile relationship she’s built with Greg threatens to implode from the weight of the baggage they both carry. Two wounded hearts struggle to find a way to make one romance work. Failure seems guaranteed when Carrie locates her waitress but is taken hostage...

If you would like to read the first chapter of Shadows on the Sand, go HERE.