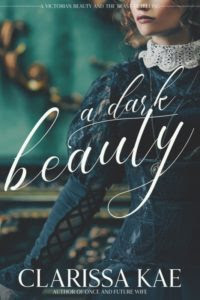 A Victorian Twist on Beauty And The Beast

Bold and brilliant, Georgiana has a gift for fixing machines—from clocks to carriages—while her father has a penchant for finding trouble. In an accidental fire, Georgiana and her father scar the once handsome face of Lord Pichon, cousin to the queen.Rumors of Georgiana’s gift raise her family’s status. Her incomparable beauty captures the eye of many gentlemen and the wrath of Lord Pichon. Abandoned by his peers and alone in his cold castle, Lord Pichon is determined to enact revenge.When Georgiana’s father makes a terrible mistake, she sacrifices herself to pay his debt—as a lowly maid in Lord Pichon’s castle.Her wit and warmth begin to thaw Lord Pichon’s estate, making him question his version of the past. Will her kindness the beastly lord or will he hold her family hostage forever?

Victorian is fun as a setting and Gothic can be a fun genre as well. It seemed to be a good fit for a Beauty and the Beast retelling. It's also a bit steam punk. Do note, that this isn't is a true historical timeline. If you first put yourself into a frame of mind that this is a parallel universe or non-typical setting it will help. This story will not follow standard historical protocols with clothing, or behavior, or even items.

Georgiana can fix anything mechanical, partially watches. (See, steampunk!) She's gifted in this way. Dom is interesting, but there's something about him that feels off. The pair feels like the are together because they don't have options, not because of a deep love or attraction like I expected. The bit of mystery and subplot was a teaser.

My issues are that it remained a teaser. It wasn't solved. That's super frustrated to me. I don't like open ended thing like that. The ending wasn't at all what was anticipated. While I struggled to connect to the characters in ways that are harder to pin-point, the ending really disappointed me. That said, I think I'd read other book by the author, because it takes a great deal of work to retell a story that's already much loved to start with.

About the Author My Review: 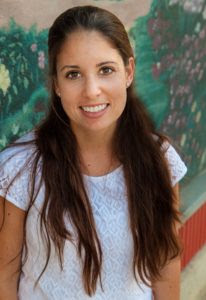 Clarissa Kae is a preeminent voice whose professional career began as a freelance editor in 2007. She’s the former president of her local California Writers Club after spending several years as the Critique Director.

Since her first novel, she’s explored different writing genres and created a loyal group of fans who eagerly await her upcoming release. With numerous awards to her name, Clarissa continues to honor the role of storyteller.
Aside from the writing community, she and her daughters founded Kind Girls Make Strong Women help undervalued nonprofit organizations—from reuniting children with families to giving Junior Olympic athletes their shot at success.
She lives in the agricultural belly of California with her family and farm of horses, chickens, dogs kittens aplenty.

As a young most of the fairy tales talked about beauty as the only attribute but when Disney came out with Beauty and the Beast, my world was rocked. For the first the heroine was a woman with a brain and a plan. I began researching tale and read every version. When my youngest daughter was born (with dark hair and big beautiful brown eyes) I named her Isla Belle. For as long as I can remember, I dreamed of writing a Beauty and the Beast retelling. And finally, that dream come true.

For Him and My Family, March 25

Labor Not in Vain, March 25

Through the Fire Blog, March 30

Inside the Wong Mind, March 31

To There Is A Season, April 3

Beauty in the Binding, April 3

Adventures of a Travelers Wife, April 7

To celebrate her tour, Clarissa is giving away to two winners one $25 Amazon gift card each!!

I'm so excited!! Fairytale retellings are the best and I love Beauty and the Beast!

Carol, Thank you for sharing your honest thoughts.