Not By Sight by Kate Breslin

This book was super good! Smart, witty and funny, it lives up to the write up to compare it to Downton Abbey. Yeah! Grace is pretending to be Pandora and boy does that open up a "box" of things. Grace has worked her way into high society and her mission is to pass out white feathers to the cowards who have dodged fighting for Great Briton. Grace gifts Jack Benningham with a white feather and that changes everything.

With some themes from some major other books and or movies, this book was fun and I really liked it! Mystery, romance, loyalty, love, God and country. Very, very nice!

My copy came from Bethany House in exchange for my honest review and nothing more. 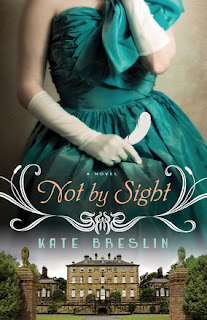 "Downton Abbey meets The Scarlet Pimpernel in Kate Breslin's wonderful historical novel set amidst the drama of England's World War I home front."--award-winning author Elizabeth Camden In the spring of 1917, all of Britain's attention is on the WWI war front and the thousands of young men serving their country on the front lines. Jack Benningham, dashing heir to the Earl of Stonebrooke, is young and able-bodied but refuses to enlist despite the contempt of his peers.
A wealthy young suffragette, Grace Mabry will do anything to assist her country's cause. Men like Jack infuriate her when she thinks of her own brother fighting in the trenches of France, so she has no reservations about handing him a white feather of cowardice at a posh masquerade ball.
But Grace could not anticipate the danger and betrayal set into motion by her actions, and soon she and Jack are forced to learn the true meaning of courage when the war raging overseas suddenly strikes much closer to home and their fervent beliefs become a matter of life and death. 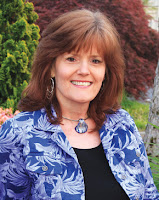 A Florida girl who migrated to the Pacific Northwest, Kate Breslin was a bookseller for many years. She is the author of For Such a Time and lives with her husband in Seattle, Washington. Find her online at www.katebreslin.com.