This is the first book of Linda Harris's that I have read, and it is the second in this series.

Emily Hunt is a school teacher, in a family full of cops. Avery, her sister, Micheal her now deceased brother, and her Father are all in law enforcement. She considers herself not brave enough to be an officer, and chose to teach in order to help children.

Emily's heart and soul are damaged just now. Her brother Micheal is dead. Her sister Avery blames his best friend and fellow officer, Mason,  for having something to do with it. That wasn't proven, but Avery is still hunting for clues to prove that Mason should have been implicated in the matter. To top things off, Charlie is now Emily's ex-fiance. She figures she can't bear to ever date another law enforcement employee again.

All that would be enough, but that is just the tip of the "iceburg" that is about to come crashing down into Emily's life. It starts with a student that Emily has worked very  hard with, Rafael. He's acquired a scholarship, he has super grades, but his little brother has been kidnapped! The child isn't just kidnapped, the cartel, the mob, aka the drug lords have him and the clock is ticking to meet their demands, or they will kill him! Rafael wasn't suppose to tell anyone, but he told Mason. Mason had to share a bit of info about the cartel killings with Avery, after all she is the chain of command over him. That leads him to taking to Emily. After all, Rafael missed a meeting, and he isn't at school on time. What happens next wasn't predictable. I didn't see it coming, and that takes a bit of doing.  I don't want to give you any spoilers, so let me just say a huge mega situation breaks out, followed by some more massive situations, on top of the personal issues in progress!

This book was full of conflict, and some resolutions, bold resolved people. These same people are wrestling with God's plans for their lives, forgiveness, healing, and relationships. Lisa Harris did a good job, and I wouldn't mind reading another one of her books! 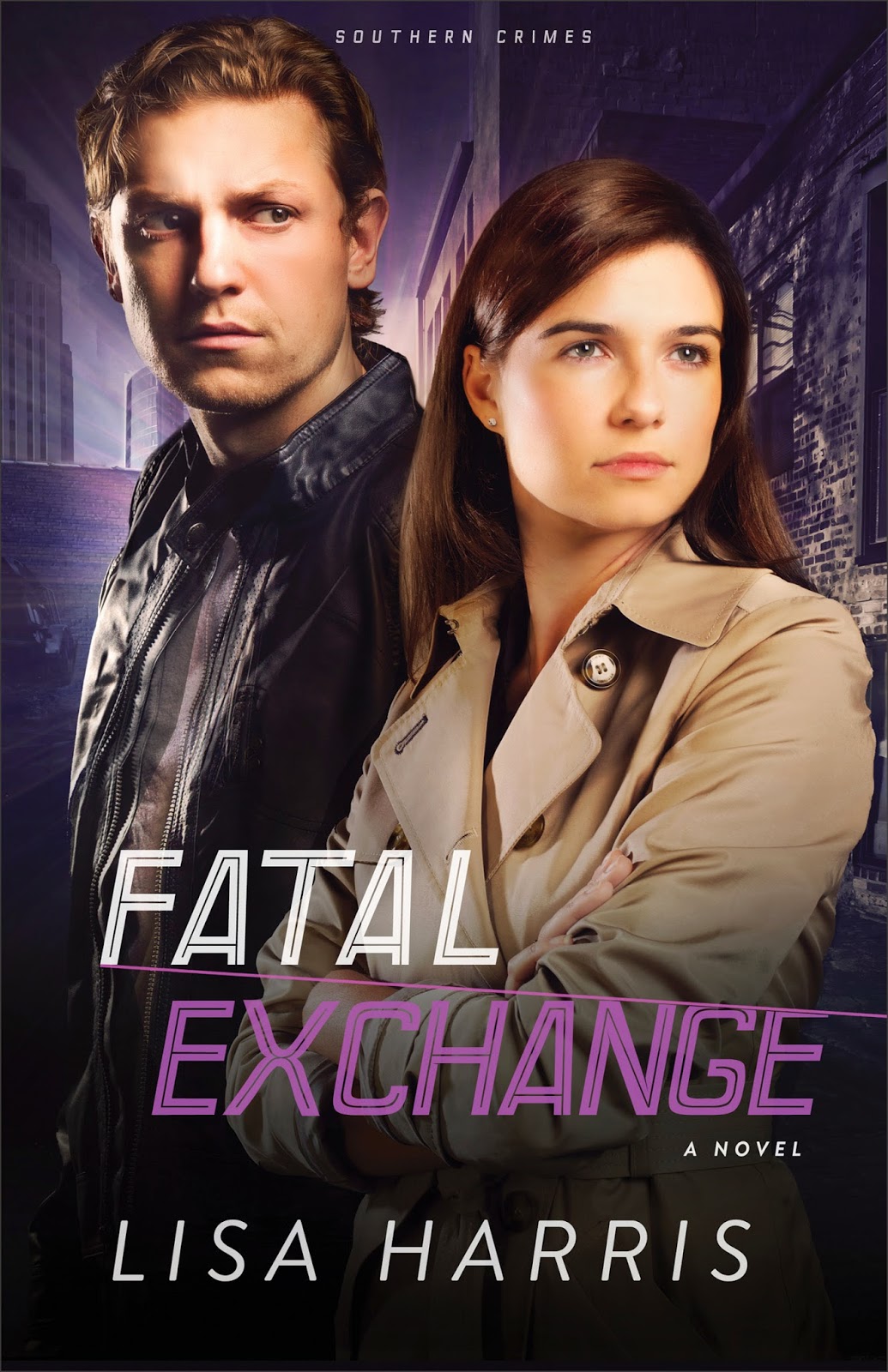 Desperate times create desperate people. And desperate people are dangerous . . .
Though Emily Hunt comes from a family of cops, the relatively quiet life of a high school teacher suits her just fine. She's saving up to buy a house, slowly moving forward after her brother's death, and settling into a life she loves. So the last person she wants to spend time with is Mason Taylor.
An undercover cop, Mason is enemy number one as far as her family is concerned. His involvement in the death of Emily's brother is still up in the air, and now he expects her to help him with a case. Mason has been working with one of her students, Rafael Cerda, whose brother has been kidnapped by a drug cartel. And with time running out to meet their demands, Rafael is getting desperate.
Emily will have to draw on all of her strength to handle what happens next . . .
Fatal Exchange will draw you into a complex matrix of intertwining lives, unraveling secrets, and unexpected love.
Lisa Harris is a Christy Award finalist and the winner of the Best Inspirational Suspense Novel for 2011 from Romantic Times. The author of more than twenty books, including Dangerous Passage, Harris has spent over ten years living with her family as missionaries in Africa. Learn more at www.lisaharriswrites.com.

My copy of this book is from Revell in exchange for my honest review, and nothing else.
Posted by Carol E. Keen at 3:16 PM