Ahhh! Another rousing read from Lynette Eason! This is the second book in this series, and it picks up and moves quickly. The tie-ins to the last book are present, but you can read this one on its own as well.

Serena Hopkins is a ME, a medical examiner. She winds up at the scene of a crime and realizes she knows the victim, although it was some time back when she knew her. Virtually partnered with her is a man she could grow to love, FBI agent Dominic Allen. As Serena starts working as ME for victim after victim, with a fast rising death rate, she and Dominic soon realize they either have a copy-cat killer, or the killer who is in jail is innocent, or he has someone working with him on the outside. The last time this killer was loose, NINE women were found dead, and nine more remained missing. However, it is happening all over again. The way the last killer operated was to leave a doll that was an exact copy of the dead woman on her person, or next to her, but now things are slightly different. Really bad poems are included with each body, and sometimes a doll shows up before the body! Before they know it Serena appears to be a target, and her missing friend from high school still hasn't been found either. She knows she is alive, but they still don't know where or what really caused her to bolt back then.

If Serena and those she cares about are going to stay alive, they are going to have to keep praying, which they are doing, and catch the killer before they are killed. They have to find the connection between the women who are vanishing, and figure out why her high-school friend is still gone, and what she knew.

This is a fast paced read, with a pretty decent little twist or two! I love how the characters pray their way through the worst of situations, and how they stay faithful to God and Godly behaviors  Lynette put in the front of this book that she was praying that people see Jesus on every page. I think she did a very good job of that over all, and I look forward to the next book! 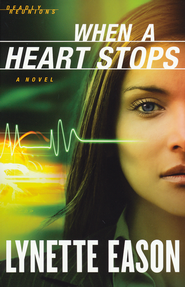 A killer's deadly game needs new players . . . but someone's about to change the rules
As a medical examiner, Serena Hopkins is used to dealing with death. But that doesn't make it any easier when she's called to the eerie scene of a murder--especially when Serena realizes that she knows the victim. Nearly as unnerving is the presence of FBI agent Dominic Allen, her childhood crush.

As evidence mounts and points to a serial killer with disturbingly familiar methods, Serena and Dominic must work to find a pattern and stop the killings before the murderer strikes again. And when Serena's own life seems at stake, she must decide if the secret she has been keeping has put her next on the killer's hit list. Can she trust Dominic with the truth before it's too late?

Lynette Eason grew up in Greenville, SC. Even as a young girl, she knew she wanted her life to reflect the love of Jesus Christ. After graduating from the University of South Carolina with a Business Degree she used for a very short time (sorry Mom and Dad), she moved to Spartanburg, SC to attend Converse College where she obtained her Masters degree in Education. During this time, she met the man she would marry—the boy next door! She is married to Jack Eason, who speaks, leads worship, and consults ministries around the country. They have been married for 15 1/2 years and have two children.

Her web site is here:

The Book Link is here:

Available October 2012 at your favorite bookseller from Revell, a division of Baker Publishing Group.
Posted by Carol E. Keen at 10:05 PM