Oh I am glad I got to "meet" this author with this book!

Fatal Judgement is really good! It will keep you reading and wishing you were not having interruptions. If you like any of the crime and drama shows, you will really love this book, I do! This book is full of action, suspense, drama, romance, intrigue, and it is just plain good.

Marshal Jake Taylor had barley come home from Iraq before he is assigned to protect a female judge. The judge's sister has just been murdered, and she needs major protection. Jake's life complicates a hundred fold when he finds out the judge who needs protection is Liz Micheals, non other than the widow of his best friend.
Jake isn't at all thrilled to be the guardian for Liz because his friend had led him to believe that Liz was a great deal of the problems in his friend's marriage. To top it off, his friend died abruptly and Jake hasn't been totally sure what role Liz has played in that. Jake isn't totally sure it wasn't suicide and that it wasn't really Liz at the root cause of his best friend's death.

The more that Jake gets to know Liz, the more he is having to rethink his former assessment of her! Turns out Liz is involved with her church, and has friends, and she seems really kind and not at all what Jake expected. Soon Jake finds himself checking on her when he is off duty, and being really concerned and involved in her life and trying to put together the pieces of the puzzle that he know knows are missing in this picture.

Meanwhile, the killer has figured out that he has killed the wrong woman! His target was Liz and he has missed. That means Liz's life is in danger, and Jake is her main protecter. As the romance deepens, so does the danger that Liz is in! Liz is just trying to hold it all together with her sister's death and the twist you will read about that made it even harder for Liz.

Jake is a wonderful character, full of passion, duty, love and very intelligent. Liz is mysterious, very intelligent,
and her love for God is showing from the start. Jake's does too, but it comes a bit slower while he works to regain his faith and trust. It is a great combination for really suburb book and I would really like to read another one by Irene Hannon. The deeper theme I found in this book comes from the Bible, judge not that you might not be judged. Things are not always as they seem and it is more than worth it to take the time to get to know people and ask God to show you about them. 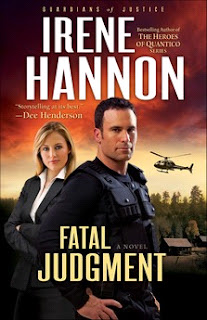 In Fatal Judgment, U.S. Marshal Jake Taylor has seen plenty of action during his years in law enforcement. But he'd rather go back to Iraq than face his next assignment: protection detail for federal judge Liz Michaels. His feelings toward the coldhearted workaholic haven't warmed in the five years since she drove her husband--and Jake's best friend--to despair . . . and possible suicide.

As the danger mounts and Jake gets to know Liz better, he's forced to revise his opinion of her. And when it becomes clear that an unknown enemy may want her dead, the stakes are raised. Because now both her life--and his heart--are in danger. Full of suspense and romance, Fatal Judgment is a thrilling story that will keep you turning the pages late into the night. 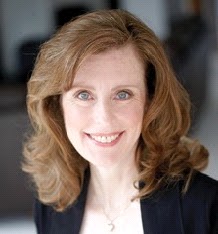 Irene Hannon is the author of more than 25 novels, including the CBA bestsellers Against All Odds, An Eye for an Eye, and In Harm's Way. Her books have been honored with the coveted RITA Award from Romance Writers of America, the HOLT Medallion, the Daphne du Maurier award, and the Reviewer's Choice Award from Romantic Times BOOK reviews magazine. She lives in Missouri.
Fatal Judgment is the first novel in the new romantic suspense series “Guardians of Justice” by acclaimed author Irene Hannon, who has been recognized with accolades including RITA and Romantic Times Reviewer’s Choice awards. Author Dee Henderson has praised Hannon’s latest book, saying, “Fatal Judgment is Irene Hannon’s storytelling at its best. I enjoyed every minute.”


“Fatal Judgment is Irene Hannon’s storytelling at its best.
I enjoyed every minute.”
– Dee Henderson
Her web site is: www.irenehannon.com
Available January 2011 at your favorite bookseller from Revell, a division of Baker Publishing Group. Thank you so much Donna at Revell for my copy of this book!
Did you get your copy yet?
Book link: http://www.amazon.com/Fatal-Judgment-Guardians-Justice-Book/dp/0800734564
Posted by Carol E. Keen at 9:00 PM

Carol, thank you for the wonderful review of my new book! And please watch for Alison's story, Deadly Pursuit, coming in September.