Not everyone wants to see the world saved . . .

Time is running out. Cities are being engulfed in the Mist and humanity is on the brink of extinction. Theo believes he has found a way to stop mankind from Turning, but he doesn’t know how to alter Cass’s unique blood into a cure. Or if it can even be done.

Meanwhile, Cass struggles with the idea that she is possibly the savior of the world—a world she is not sure is worth saving.

From the Winchester manse to the steel city of Decadenn, there is something more chasing Cass than the House of Lords or the masked man who can walk in the Mist. Soon she must decide if she will use her blood to save mankind or let those who only care about themselves perish.

This book starts right where the other one left off and continues. I have really been looking forward to this new book in this series. Cass and Theo have all kinds of conversations that I just loved. Cass has so much to work through, weighing if she wants to do what she is probably called to do. She is so strong and brave and as much as I liked her in book one, I love her even more now. This book is, somehow, even better than book one! I'm fast approaching this being one of my favorite series.

Morgan L. Busse is a writer by day and a mother by night. She is the author of the Follower of the Word series, The Soul Chronicles, and The Ravenwood Saga. She is a three-time Christy Award finalist and winner of both the INSPY and the Carol Award for best in Christian speculative fiction. During her spare time she enjoys playing games, taking long walks, and dreaming about her next novel.

A lot of stories involve the hero saving the world. But is that realistic if you consider what the hero has been through? What if saving the world means saving the villain? Or that bully who made the hero’s life terrible back in high school? Or the person who lied and it cost the hero his or her job, home, or even their first love?

When I started writing Blood Secrets, it hit me (and therefore Cass as I was writing her story), that if she saved her world—all the people who were forced to live on mountaintops, airships, and sky islands because of the deadly Mist that covered everything else—she would be saving the people who saw her as lesser than. The people who forced everyone else off the mountains to die in the Mist, including her parents. The same people who would never think of saving someone like her.

As I wrote her story, I felt Cass’s resentment and anger towards the “echelons”—those at the top of society and literally the world. She was fine with saving others like her. But the thought of saving the people who ordered the purges that killed so many made her feel sick. In her mind, they didn’t deserve her sacrifice.

Honestly, I had never thought about it before. The hero saves the world. It’s what a hero does. But this was the first time I really thought about what that meant, and who it meant saving. It made me look at myself. Would I be willing to save everyone? Even those who have hurt me? Who have cost me so much in my life? Ugh. That’s a hard thought.

People love heroes, and sometimes even want to be one themselves. But the reality is being a hero is really hard. It’s not just saving the world; it’s saving those who live in the world. The good and the bad. Those deserving and those not so much. That’s what a real hero does.

I won’t share what decision Cass made because that is part of her story. But I am glad I was able to write her story because it made me think more about how I would react in her situation. And about God, who ultimately gave all to save a world that did not want Him.

Where Faith and Books Meet, August 31

For Him and My Family, September 5

Labor Not in Vain, September 5

Because I said so — and other adventures in Parenting, September 11 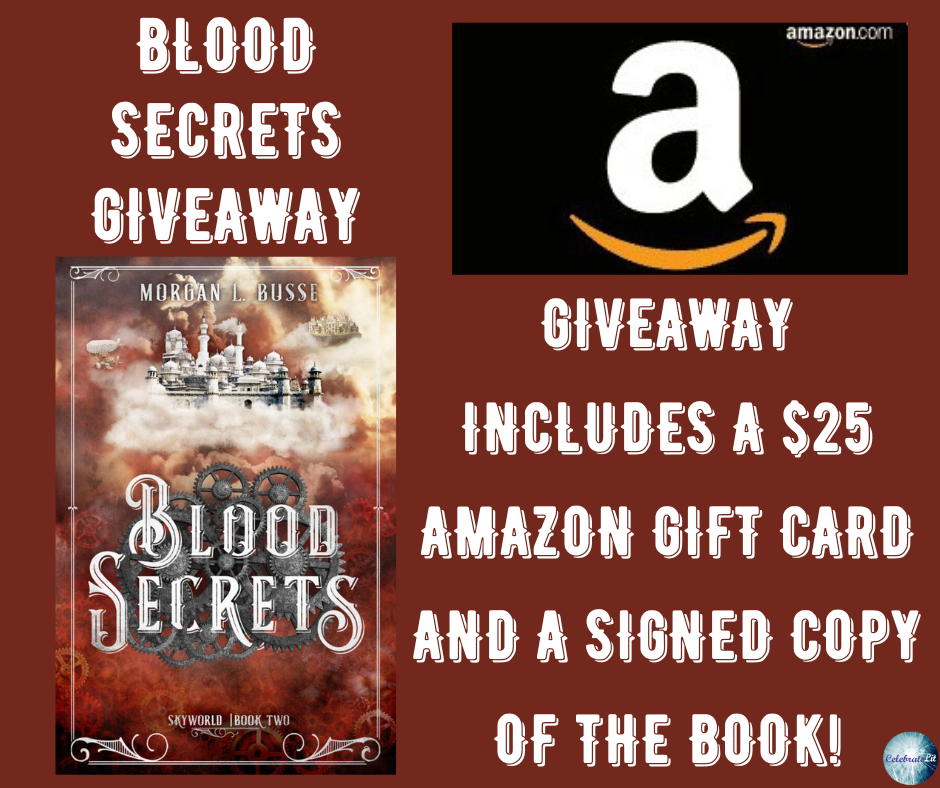 To celebrate her tour, Morgan is giving away the grand prize package of a $25 Amazon and signed book!!

Thank you for your review, I really enjoyed it