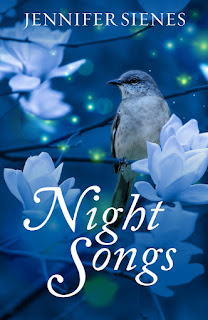 What’s a girl to do when her life sounds ripped from the lyrics of a country music song?

Charlotte Van Cleave’s hissy-fit reaction to her husband’s infidelity sours her world like a pot of boiled chitlins. She’s left with no husband, no job, and no home—well, besides the dilapidated farmhouse inherited from her nana.

But Charlie learned early that southern girls dig deep when things go sideways. She’d climbed out of the mire when her missionary parents were killed in Congo, endured two late-term miscarriages, and survived the death of her nana and papaw. Too poor to paint and too proud to whitewash, Charlie follows a new path with her interior design skills.

Derek Daniels spent his life serving his country until a helicopter accident ended his military career. Now back home on the family farm, he’s stuck between his philandering brother, Nicky, and the only girl he’s ever loved—sweet Charlie Van Cleave. Unwilling to cross a line, he vows to keep his feelings to himself. Easier said than done when Charlie discovers a mystery surrounding her parents’ death and asks him to help investigate.

What’ll Charlie and Derek have to do to turn those lyrics into a country hit?

“I know what you’re thinking.” She held her hands up like a traffic cop stuck in downtown commute. “But if we can make this one little adjustment, I think I’ll be golden. It’s a matter of moving a bank of cabinets from one wall to another. Easy, peasy, right?”

I couldn’t say for sure what made me snap. Could be it was her dark, wavy hair so much like the groupie’s wrapped around Nick’s body the night before. Or maybe it was being bounced back and forth between Patrice and Juliette like I was just a means to an end. But most likely, I was looking for a target, and Juliette was available.

The end result was Patrice’s promise that my career as an interior designer was finished. I might not have put myself in the coffin, but I sure as heck nailed it closed.

The drama in my life could be captured in the lyrics of a country-western song—the only thing missing was a dog. If Nick wasn’t all hat and no cattle, he could make it into a chart hit. After all my support and encouragement, the downfall of our marriage could be the catalyst his music career needed.

Jennifer Sienes holds a bachelor’s in psychology and a master’s in education, but discovered life-experience is the best teacher. She loves Jesus, romance and writing—and puts it altogether in inspirational contemporary fiction. Her daughter’s TBI and brother’s suicide inspired two of her three novels. Although fiction writing is her real love, she’s had several non-fiction pieces published in anthologies including several in Chicken Soup for the Soul. She has two grown children and one very spoiled Maltese. California born and raised, she recently took a step of faith with her real-life hero and relocated to Tennessee.