It's time for an Overview Media book review!     www.overviewmedia.co.uk 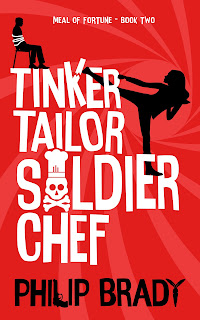 Someone’s going around killing celebrities and London’s police don’t have a clue.  With outrange mounting on social media, disgraced copper DI Mark Henwell, is thrown a chance to save his career or bury it trying.

Things are finally on the up for MI5 officer, Anna Preston. But when an informant is murdered before he can pass on vital information on a terrorist plot, she has no way to find out more about the threatened attack. And no way of stopping it.

But could there possibly be a link between the murders and the terrorist plot? And what does Dermot Jack, Anna’s old flame and manager of a string of TV chefs and other lowbrow celebrities, have to do with it all?

As the police and MI5 investigations collide, Anna, Dermot and Henwell are thrown together and a tense love triangle emerges. But with a murderer on the loose and the terrorists about to strike, they really don’t have time for any of that.

Book two in this series doesn't disappoint. Again we have a story packed with action and humor. I was quite happy to enjoy another tale with my current favorite M15 agent and her boyfriend. This time, the love triangle will not bore you, but you might need some tissues for when you wind up laughing hard. Jack is trying to run the Meal of Fortune TV show, while Anna just needs to solve her case. Between culinary debacles and terrorist to capture, there might be love, lessons and a deep need for some chocolate. I look forward to the next book in this really unique series. 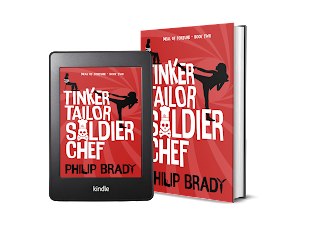 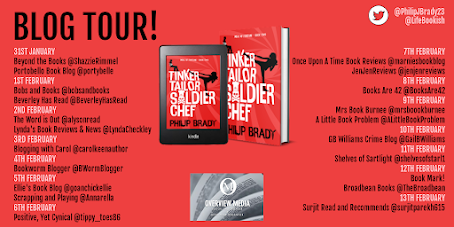 Phil lives in west London with his wife two children and some animals, which also like to call the house home.

He is somewhat obsessed and bemused with the public and media’s fixation with celebrities of every stripe. This forms the backdrop of his books, which also tend to feature spies, gangsters, hit men and TV chefs.

His first novel, The Meal of Fortune, was published in 2017, with a second edition following in 2021.  The follow up. Tinker Tailor Soldier Chef will be published in 2022.

Phil’s main rule in life is never to let tomato ketchup touch any food that is green.  This may not have any deep meaning, nor may it be the soundest of principles to live by – but it’s better than many he’s come across down the years.  Best not to go there though.