It's time for another Epic Book Launch with Celebrate Lit! 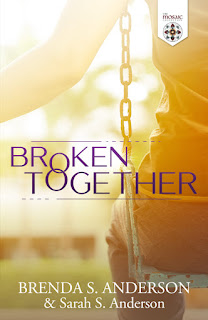 How do you persevere when you have no more will to fight?

Jennifer and Chad Taylor had dreamed of opening a coffee and cocoa shop since before they said, “I do.” When Chad is sent to prison for murder despite claiming innocence, that dream—along with their family—is shattered.

After years of fighting for Chad’s release, Jennifer finally breaks free from her shame, anger, and hopelessness, and forges ahead with the dream the two of them once shared. With the help of their college-aged twins, she begins to move forward.

When their lawyer arrives with news of evidence that may prove Chad’s innocence, a strange mixture of emotions overtakes her. Does she want Chad to return home? He isn’t the same man he once was, and she certainly isn’t the same woman. She’s worked hard to piece the remnants of their family back together, and his coming home could fracture the family once again.

Close enough for the occasional visit, yet far enough away to avoid the helicoptering Mom excelled at. Close enough to easily make the drive to visit her husband.

She shot a glimpse at Jason beside her in the passenger seat, then in the mirror at Chloe. No surprise, the twins were occupied with their phones.

Which meant she had a few moments of peace.

The Mississippi periodically peeked through the trees that would be donning their fall coats in another month or so. Oh, Chad would love it once he served the last half of his sentence. A long six and a half more years for a crime he didn’t commit. Having a home—owning a coffee shop—by the Mississippi had always been in his dream. For now, a house would have to suffice.

A steeple rose above the trees, then a thirty-mile-an-hour sign informed her the town of Donaldson lie just ahead. A good friend, a realtor, had recommended she look in this area for affordable homes. The town was small, with a population of less than five thousand residents. If she could secure a job at Donaldson Elementary a year from now, that would be perfect. 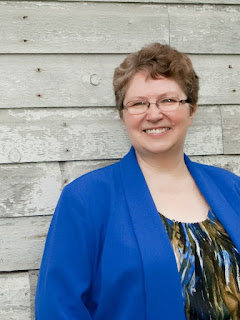 Brenda S. Anderson writes authentic, gritty, life-affirming fiction that shows God at work in people’s messy lives. She enjoys live music and theater, walking the shores of Lake Superior, and sharing hot cocoa with friends and family. She lives near Minneapolis with her newly retired husband. Together, they plan to travel across the United States, checking items off their bucket list, beginning with a bus trip to Niagara Falls.

Readers can learn more about Brenda S. Anderson at www.brendaandersonbooks.com

A former barista, Sarah S. Anderson loves all things coffee, so when her mother asked her to help with a book set in a coffee shop, the answer was an enthusiastic “Yes!” When not creating imaginary coffee shops, Sarah spends much of her time at the theater, either on stage acting, singing, and dancing, or offstage as musical director. She lives near the heart of Minneapolis with her two cuddly kitties.

Thank you, Carol, for welcoming us!