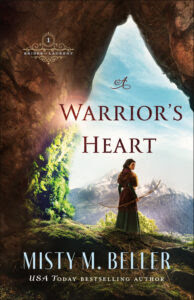 Brought to you by; Celebrate Lit

Brielle Durand still feels haunted by the massacre that killed her mother a dozen years before. Vowing to never let it happen again, she’s risen to be the key defender for her people’s peace-loving French settlement living in hidden caves in the Canadian Rockies. When a foreigner wanders too near to their secret homes, she has no choice but to disarm and capture him. But now, what to do with this man who looks at her in a strange way and insists he can be trusted?

Hoping to escape past regrets, Evan MacManus ventured into the unknown, assigned to discover if the northern mountains contain an explosive mineral that might help America win the War of 1812. Despite being taken prisoner, Evan is determined to complete his mission. But when that assignment becomes at odds with his growing appreciation of the villagers and Brielle, does he follow through on the promise he’s made to his government or take a risk on the path his heart is leading him down? Either choice will cause harm to someone.

Brielle and Evan must reconcile the warring in their hearts, if they’ve any hope to find the peace the seek.

A Warrior’s Heart Excerpt One

Another ten paces and she’d have to shoot.

Brielle Durand steadied the arrow fletching against her cheek, then pushed her body farther into the bow to draw the cord tighter.

The man in her sights rode calmly forward, his breath blowing white in the early morning air. The mount beneath him snorted, releasing its own cloud as it bobbed against the bit. The animal must sense the nearing danger.

In truth, the beast had more intelligence than its rider. As was usual in the ways of animals. Especially when compared to an Englishman like this fellow appeared to be.

She narrowed her gaze, focusing on the point of aim so her arrow would hit his midsection. Should she give him warning? Perhaps the cry of a mountain lion would plant fear in his chest. She caught her breath, preparing to make the fierce scream she’d practiced so oft.

But the man spurred his horse faster, as though eager to charge through the opening in the rock. Surely he couldn’t see the sheltered courtyard just beyond. The place forbidden to outsiders—especially Englishmen.

Misty M. Beller is a USA Today bestselling author of romantic mountain stories, set on the 1800s frontier and woven with the truth of God’s love.

She was raised on a farm in South Carolina, so her Southern roots run deep. Growing up, her family was close, and they continue to keep that priority today. Her husband and children now add another dimension to her life, keeping her both grounded and crazy.

God has placed a desire in Misty’s heart to combine her love for Christian fiction and the simpler ranch life, writing historical novels that display God’s abundant love through the twists and turns in the lives of her characters. 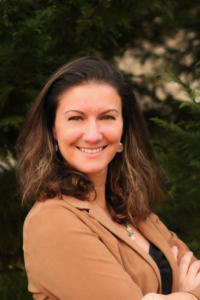