The End of Magic by Mark Stay 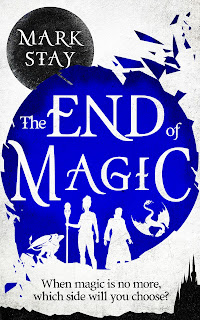 Brought to you by:

Two powerful mages. One steeped in privilege, the other bound by a moral code. Their world is thrown into chaos by the end of magic.

‘What will you do when the magic is gone?’

Sander Bree is a royal mage. He lives an easy life advising the king on matters of court and politics, yet he still complains that he’s stuck in a rut.

Rosheen Katell is a wandering mage and, with Anzu her griffin, she’s worked hard to build a reputation as a trustworthy truth seer. She never lies, never kills.

Very soon, their magic will be gone. A cataclysmic event will change their lives and forever.

Sander must keep a promise that would have been difficult enough with but is a suicide mission without it.

Rosheen is forced to side with a murderous warlord, and her once-solid principles are tested and found wanting. Both will be set against one another in a war anything the world has seen before, in this sweeping fantasy of magic’s ending.

A fantasy novel for fans of Joe Abercrombie and Scott Lynch.

Get your copy HERE!

What an amazing read! I was totally taken by surprise by this book and pleasantly swept away.  I dare say, it's epic. Characters, adventure, humor, this book has everything you would wish for in its genre. Overnight, boom! Magic is gone. Let the adventure begin.
5 Stars
About the Author:

Mark Stay co-wrote the screenplay for Robot Overlords which became a movie with Sir Ben Kingsley and Gillian and premiered at the 58th London Film Festival. Author of the fantasy novel The End of Magic, he is also co-presenter of the Bestseller Experiment podcast and worked in bookselling and publishing for over twenty-five years. He lives in Kent, England, with his family and a trio of retired chickens. He blogs and humblebrags over at markstaywrites.com 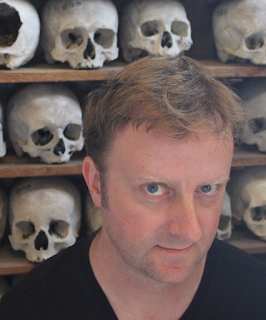 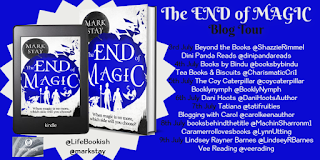