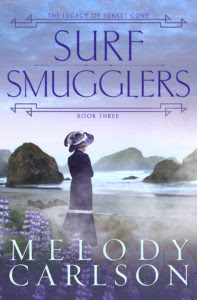 In the summer of 1917, US troops join the allied forces in the Great War. Back in Sunset Cove, Oregon, other battles wage. Anna McDowell continues to fight old fashioned stereotypes as she runs a newspaper committed to truth. Despite opposition, she’s determined to expose ongoing rum-running and prohibition lawlessness.
Adding to Anna’s frustrations, her good friend Dr. Daniel seems to run hot and cold. He loves Oregon, and maybe Anna too, but he’s pulled by his East Coast family responsibilities. Even the lure of a new modern Sunset Cove hospital doesn’t seem enough to keep him in Sunset Cove.
Meanwhile, Anna’s strong-willed daughter Katy continues to develop her dress shop by inviting family friend Sarah Rose to help out. But the woman’s presence tests the small town’s tolerance. And Anna’s concern that her daughter is growing up too fast is confirmed when Katy’s romantic life takes an unexpected turn, which Anna fears is influenced by the pressure of a devastating war that is not only changing the entire world but Sunset Cove as well.

This is book three of this series. I loved how it tied in, but can be alone if it must. Personally, I think this one needs to be read in the order of the series. Bootlegging, Doctors/Medical care, prejudice, war, and forgiveness are all included in this book. Anna had some major things to deal with in this book. Katy's relationships are also blooming and so many shifts and changes are happening in the lives of this town and these characters, well the world too! While I liked this story, it didn't hold up as strongly a the other two in the series for me. I can't decide if it's because I wanted more of certain aspects, or if I'm just worn out with repeated themes of prejudice. 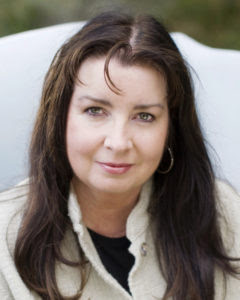 Melody Carlson has written more than 200 books (with sales around 6.5 million) for teens, women, and children. That’s a lot of books, but mostly she considers herself a “storyteller.” Her young adult novels (Diary of a Teenage Girl, True Colors etc.) appeal to teenage girls around the world. Her annual Christmas novellas become more popular each year. She’s won a number of awards (including RT’s Career Achievement Award, the Rita, and the Gold medallion) and some of her books have been optioned for film/TV. Carlson has two grown sons and makes her home in the Pacific Northwest with her husband and yellow Lab dog.

My favorite way to learn history is through historical fiction—both by reading and by writing it. And I’ve discovered that World War 1 (previously known as the Great War, since WW2 had yet to happen) is quite fascinating. As well as incredibly sad. But I’m amazed at how science and technology evolved so quickly in this era. Whether it was advancement in automotive, communication, medicine . . . the culture was rapidly changing. And the war pushed it along at an even faster pace.
Another factor that makes this era interesting is prohibition. Oregon, my home state and where I set my series, was one of the earliest states to adopt prohibition of alcohol—in 1914. As a result, Oregon became ripe territory for bootlegging and rum-running along the coastline. And because my series involves a small town coastal newspaper that’s run (gasp!) by a woman, it gets even more interesting—and exciting!
Speaking of women, the suffrage movement was approved in Oregon in 1912—also well ahead of the rest of the nation (and the main reason that prohibition passed). My theory on why this happened is that the brave women who’d made the arduous journey West (via perilous wagon train or long hard voyages on clipper ships) were strong and opinionated and tough. And many of them were sick and tired of drunken slacker husbands. Also, thanks to Oregon’s amazing land donation act of 1850, many of these women were equal landowners to their husbands—and land equaled power.
Of course, what these suffragette-prohibition supporters didn’t realize is that banning alcohol would make matters worse because bootlegging and rum-running suddenly became a very lucrative business. The crime rate soared and the booze continued to flow freely. But all this makes for good newspaper stories, keeping our female editor in chief rather busy. In the first two books of the series, Anna McDowell has her hands full with trying to run her ailing father’s newspaper, restoring family relationships, and staying ahead of the growing crime element in Sunset Cove.
By book three, Surf Smugglers, Anna has her feet under her and doing a good job of standing up to the criminal element in their region. But by now the Great War is really heating up and the United States must get involved. Of course, this means that many young men, as well as Anna’s very good friend Dr. Daniel Hollister, are being shipped overseas to serve. Meanwhile, there is plenty of trouble at home. And the rum-runners, who despise the newspaper’s support of prohibition, target Anna’s good friend Sarah Rose because she’s a woman of color who’s sought refuge from the big city . . . and naturally things get dicey.
I’m currently finishing up the fourth and final book of the Legacy if Sunset Cove series, and I’m sad to think my ‘history lesson’ in this interesting era is drawing to an end. Not only have I learned a lot, I’ve really come to love the McDowell family . . . and I’m getting worried that not all the men from Sunset Cove will survive the brutal war. Of course, this is fiction . . . but the war was very real and the losses were great. Unfortunately, it wasn’t the war to end all wars like they’d hoped, but I appreciate the sentiment . . . and continue to pray for world peace.

To celebrate her tour, Melody is giving away the grand prize of three of her books: Harbor Secrets, Riptide Rumors, and Surf Smugglers!!
Be sure to comment on the blog stops for nine extra entries into the giveaway! Click the link below to enter.
https://promosimple.com/ps/e982/surf-smugglers-celebration-tour-giveaway
Posted by Carol E. Keen at 11:13 AM