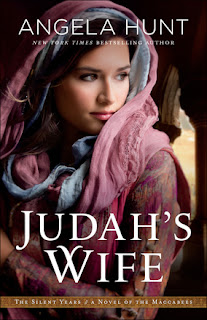 
To Be Silent Would Be to Deny Their God, To Defy Would Bring the Wrath of the King.Seeking quiet and safety after a hard childhood, Leah marries Judah, a strong and gentle man, and for the first time in her life Leah believes she'll have peace. But the very nation Judah was named for has been conquered by a cruel king, who decrees that all Jews are to conform to Syrian laws or risk death for following the laws of Moses.Judah's father resists the decree, igniting a war that will cost him his life. But before dying, he commands Judah to pick up his sword and continue the fight--or bear responsibility for the obliteration of Israel. Leah, who wants nothing but peace, struggles with her husband's decision--what kind of God would destroy the peace she has sought for so long?The miraculous story of the courageous Maccabees is told through the eyes of Judah's wife, who learns that love requires courage . . . and sacrifice.Praise for Angela Hunt's Silent Years series"Once again, Hunt demonstrates her stunning mastery of historical biblical literature as she begins her new Silent Years series. . . . This fresh approach brings a faith-based perspective to the tension and complexity of the Intertestamental Period. Rich in history, atmosphere, emotion, and spirituality, Hunt's ambitious series debut is astounding."--Booklist starred review"The historical detail, depth of characterization, and hopeful outlook of this story will keep readers entertained and inspired."--RT Book Reviews"Setting her new biblical series half a century before the birth of Christ, Hunt once again vividly brings the ancient world to life."--Library Journal

My Review:
It's been a very long time since I read a book by Hunt. The cover drew me in and I knew I had to read this book. The research alone had to have taken years because this book is so in-depth and rich that it takes on a life of its own. The story of Judah's wife and the Maccabees is fascinating. It's gripping, vivid and riveting. It made me want to learn more, and I'm thankful I read this book. I feel like I have been enriched by it.
My copy is via Bethany House Bloggers. My review is my own, left of my own volition. 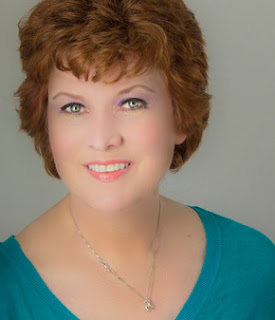 The author of more than 100 published books and with more than 5 million copies of her books sold worldwide, Angela Hunt is the New York Times bestselling author of The Note, The Nativity Story, and Esther: Royal Beauty.Romantic Times Book Club presented Angela with a Lifetime Achievement Award in 2006. In 2008, Angela completed her PhD in Biblical Studies in Theology. She and her husband live in Florida with their mastiffs. She can be found online at www.angelahuntbooks.com.
Posted by Carol E. Keen at 1:31 AM