Chillings and dramatic, this book practically turned the pages by themselves. This third book in the series is more dynamic than the first two. This series and this book are riveting and that's hard to do. This book is plot driven, with the romance in place but in a "back seat" a little. I didn't think that if affected this book in any way. If you're looking for a movie worthy book, this read has it. This is a 6 star read that has to have 5 stars because they don't have 6 available.

My copy came from Bethany House. My review is my own, as are my thoughts about this book. 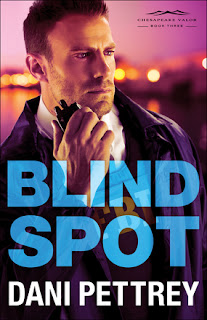 The Wrath is Coming. But They Don't Know Where--Or When."The wrath is coming" were the final words that FBI agent Declan Grey heard the suicide bomber say. Now Declan is in the chase of his life--but isn't sure exactly what he's chasing after or when the threat will be unleashed on American soil. When his investigation's best clue leads him to a closed immigrant community, he turns to Tanner Shaw for assistance. She's sought justice for refugees and the displaced around the world, and if there's anyone who can help him, it's Tanner. Tanner Shaw has joined the FBI as a crisis counselor . . . meaning she now has more opportunity to butt heads with Declan. As they work together to uncover the mounting threat, the tension between them also includes a spark she can't deny--and she's pretty sure Declan feels the same. But before anything more can develop, they find themselves in a race against time to stop the coming "wrath" that could cost thousands their lives. Praise for the Chesapeake Valor series "Fans of Pettrey will adore this new romantic suspense series. Dynamic protagonists and an increasingly tense narrative set the scene for a harrowing and thrilling ride."--Library Journal"Pettrey's readers know they can count on a thrilling plot with a solid side of romance, and Still Life is no exception."--Booklist 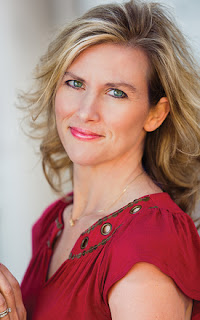 Praised by New York Times bestselling author Dee Henderson as "a name to look for in romantic suspense," Dani Pettrey's novels have sold more than 300,000 copies. Dani combines the page-turning adrenaline of a thriller with the chemistry and happy-ever-after of a romance novel. Her novels stand out for their "wicked pace, snappy dialogue, and likable characters" (Publishers Weekly), "gripping storyline[s]," (RT Book Reviews), and "sizzling undercurrent of romance" (USA Today).Dani's adventure-focused Alaskan Courage series climbed the CBA bestseller lists, with Submerged staying in the top twenty for five consecutive months. The five-book series also won multiple awards, including the Daphne du Maurier Award, two HOLT Medallions, and Christian Retailing's Best Award, among others. She turns her attention to crime and law enforcement in her home state of Maryland in her new Chesapeake Valor series, starting with Cold Shot, which Library Journal called, "a harrowing and thrilling ride." For more information about her novels, visit danipettrey.com.