The Domino Effect by Davis Bunn

Finances, we have them, use them, the world runs off them, but just how deep can one financial thriller go? This book took the concept and ran with it.

Esther is trapped in a job where she is a "yes" girl. She just says yes to high stakes risks in a massive financial market when her boss says for her to do so. Thus is her life as a risk assessment person for Charlotte First Mercantile Bank. The problem, she sees so much more risk than anyone would admit to. In fact, Esther sees the beginning of the end coming.  When she starts presenting what she sees, she pretty much becomes a whistle blower. The problem being a more global one, and if the first domino falls.... Well, we all know what that leads to; udder and total economic and financial collapse.

So, can one woman, who is an introverted highly stressed genius stop the entire domino effect from happening? Will people listen? Will anything change? Is Esther Larson a modern day biblical Esther, or is it all going to fall apart?

This was a interesting book, a rather scary book, and deeply financially based. I understand the stock market, but this takes it very deep, as well as other major things that were happening. It's like a behind the scenes into big banking and global and world economy. I did get a little lost a few times, but recovered quickly.

Over all, a way too real scenario to be an easy reading book, or even a thriller. It's a deep thinking read. 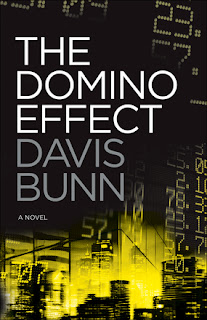 Esther Larsen, a top risk analyst at one of the country's largest banking institutions, is becoming more and more convinced that she has uncovered a ticking bomb with the potential to make the 2008 market crash look minor by comparison. And as her own employer pursues "investment" strategies with ever-increasing levels of risk, she becomes convinced she must do something. But Esther is only one person; can she stand up to an international conspiracy of greed? And if she does, will anyone take her seriously?

Every moment of indecision edges the markets closer to a tipping point--the teetering first domino in a standing row that circles the globe. And when Esther finds her voice, those she seeks to expose will not sit idly by. With global markets on the brink, and her own life in danger, Esther is locked in a race against the clock to avert a financial tsunami that threatens worldwide devastation.


Davis Bunn is the award-winning author of numerous national bestsellers with sales totaling more than seven million copies. His work has been published in 20 languages, and his critical acclaim includes four Christy Awards for excellence in fiction. Davis also writes fantasy under the pseudonym Thomas Locke (tlocke.com). He and his wife, Isabella, divide their time between England and Florida. Learn more at www.davisbunn.com 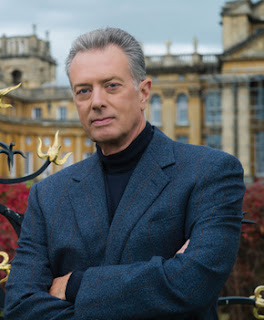