Hand Me Down Princess by Carol Moncado

I have only read some of this, because I signed up in NanoWriteMo!

What I have read so far is good. Prince Malachi is being forced to marry. He is 21 and this is it folks! So, he is now marrying 19 year old Jessabelle. (I don't really like her name, but that is just me!) She has not dated, she hasn't had a "life" so to speak and now she is marrying a prince and now she is stuck being a public figure. There some new marriage stress with a couple who doesn't even want to be married! Malachi is good to her, so they stand a chance if they can get past the issues and keep focused on God.

Hand Me Down Princess 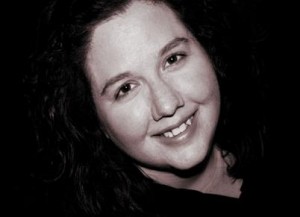 When she’s not writing about her imaginary friends, Carol Moncado is hanging out with her husband, four kids, and a dog who weighs less than most hard cover books. She prefers watching NCIS to just about anything, except maybe watching Castle, or Girl Meets World with her kids. She believes peanut butter M&Ms are the perfect food and Dr. Pepper should come in an IV. When not watching her kids – and the dog – race around her big backyard in Southwest Missouri, she’s teaching American Government at a local community college. She’s a founding member and President of MozArks ACFW, category coordinator for First Impressions, blogger at InspyRomance, and represented by Tamela Hancock Murray of The Steve Laube Agency. 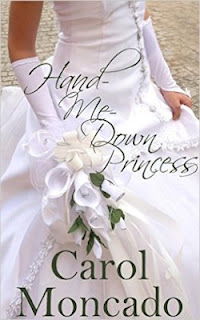 Prince Malachi Van Renssalaer of Mevendia is getting married. The problem? He’s never even met his bride. His father arranged everything, right down to the marriage contract. Malachi swears to himself that he will be nothing like his father in the ways that count - including his fidelity to his wife.

Jessabelle Keller would happily spend her entire life in obscurity, but her father once saved the life of a future king. Before he dies, her father is committed to seeing that king make good on his promise to have one of his sons marry her so she would be taken care of for life.

No sooner than Prince Malachi and Jessabelle return from their honeymoon, they find themselves dealing with both private trauma and the very public drama of groundless accusations from the press. Just as they begin to weave their fragile trust back together, a ghost from the king’s past arrives and threatens everything they’ve ever held dear.


Secrets have a funny way of coming out and this one could rip the faith of the country in their leaders to shreds. Malachi is determined to protect Jessabelle no matter what it takes, but will it ever be enough for her to not feel like a Hand-Me-Down Princess?

If you would like to read the first chapter of Hand Me Down Princess, go HERE.

The book link is: http://www.amazon.com/exec/obidos/ASIN/B00ZYYUMYQ