This book can rip at your heart, especially if you know someone or if you have struggled with wanting a baby and don't have one. Allen and Michele just aren't having that come easily. While Allen is, like many men, more able to deal with it in other ways, he works with orphans and feels more fulfilled. Michele is desperate for a child. They have to find out what God's plan is if they are going to move forward in their relationship, and their life. It is never easy to be childless and wanting a child, but God always, has a plan.

While this is a topic I hold dear to my heart, this book just didn't do for me what I was hoping. It is good, but I didn't find it as strong in some ways as the others. 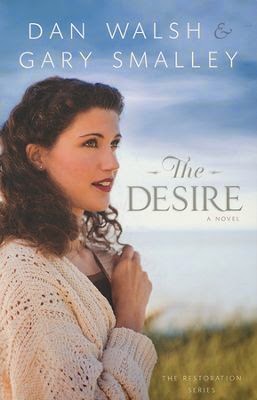 For two years, Allen and Michele have been trying to have a baby. For Michele, it has become an obsession. But Allen seems content to spend his time--and their money--saving orphans in Africa. As Michele researches their options for fertility treatments, she begins to resent Allen's divided attention. And yet, God has a plan for Allen and Michele that they could never have imagined. All it takes to set it in motion is a change of heart . . .

With a keen eye toward the give-and-take of the marriage relationship, along with the ability to weave an engaging story, Dan Walsh and Gary Smalley show readers what it is to have godly desire and show selfless love. Fans will love this heartwarming story.
Posted by Carol E. Keen at 3:07 PM