Today we get to read some about the third book in this series. I throughly enjoyed the first two books.
A Hero's Lot and A Cast of Stones are the first two books. We enter this book and things get shocking quickly! Errol and Princess Adora, among a few others, are quickly found to be captured by a man who thinks to make himself King. Weir thinks he can take over, and in doing so turns Adora over to his evil niece, Sevra. She physically tortured Adora and while she was brave and strong, and didn't give up hope or faith, it about did me in with the abuse she suffered! It could have been worse, but that was just horrible. (Slight spoiler) Adora survives, for now, but has to be separated from Errol.

Now we start seeing more of what the church plans, and plots start to unfold. Romance is really picking up! I am not done reading, so God willing I can update you again shortly! 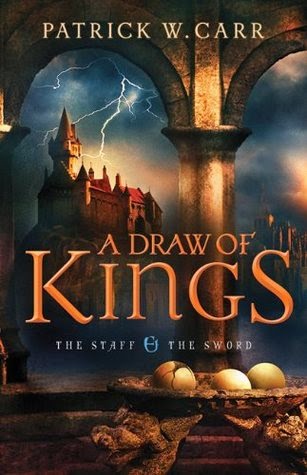 From the Back Cover

Dark Forces Have Gathered and the Final Battle for Illustra Has BegunTheir journey to Merakh should have made Errol and his companions heroes of the realm. Instead, they've been branded enemies of the kingdom. In the wake of the king's death, Duke Weir is ruling the country--and he intends to marry Adora to bring an heir from the royal line. With Errol and the others imprisoned and the identity of the rightful heir to the throne still hidden in secrecy, Illustra is on the verge of civil war--and threatened by hostile forces gathering on every side.A dangerous mission to free Errol is attempted, but the dangers facing the kingdom mount with every passing moment. The barrier has fallen, ferrals are swarming toward the land, and their enemies draw ever closer. Will the discovery of the true heir turn back the tide of Illustra's destruction? 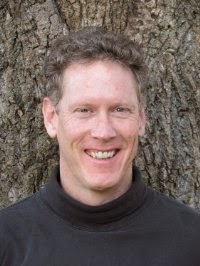 Patrick Carr was born on an Air Force base in West Germany at the height of the cold war. He has been told this was not his fault. As an Air Force brat, he experienced a change in locale every three years until his father retired to Tennessee. Patrick saw more of the world on his own through a varied and somewhat eclectic education and work history. He graduated from Georgia Tech in 1984 and has worked as a draftsman at a nuclear plant, did design work for the Air Force, worked for a printing company, and consulted as an engineer. Patrick's day gig for the last five years has been teaching high school math in Nashville, TN. He currently makes his home in Nashville with his wonderfully patient wife, Mary, and four sons he thinks are amazing: Patrick, Connor, Daniel, and Ethan. Sometime in the future he would like to be a jazz pianist. Patrick thinks writing about himself in the third person is kind of weird.