A Cast Of Stones by Patrick W. Carr (The Staff and The Sword Series)

If you are looking for something to keep you reading and not wishing for a break, this is it for right now!
A Cast Of Stones is the first book in this series, and I hope to post tomorrow about the second one, A Hero's Lot. While the title and the cover had me interested, the story sucked me right in.

Errol Stone. He is a "nobody", a drunk. A mere boy who lives in a tiny dot of a village and barely scrapes by. He lives from one day to the next to get enough ale to drown his emotions. Of course, all that changed, but it is how and the what, and the WHY it changed that is a tale worth reading. Errol, to get some money for ale, took a package to the hermit priest in the woods. On the way there, someone tried to kill him. On the way out, he and both priest fell from being poisoned! If that didn't get your attention, it should have! See Errol has a gift, he has a calling and he hasn't a clue! First he has to see if he can live his life with out being an alcoholic. If he can mange that, he might could mange to figure out how to deal with the pain inside of him, and what he is to do with the gift he has that could land him in so very much trouble.

He's only had two priests ever who cared about him, and one of them, well he isn't so sure about. The other priest might claim Deas's and Ellison's name - but they do not show love or kindness. The "unknowable" Aurae, being the third part of the Trinity has me lost as to why folks would think Him unknowable. However, the herb women know Him. I'm hoping for more enlightenment as I keep reading!

Errol's connection to the church is just thrust upon him, and I have been fascinated reading about how he is casting lots. Now I was always raised with "casting lots" like that being "drawing the short straw" or rolling dice. In A Cast Of Stones - lot casting is a whole different thing. It is, frankly, a gift and fascinating and sort of like prophecy and yet that is only the tip of it. I want you interested, because you should be at this point!

Errol is young, and green, and yet smart and bold. He is weak, but he is strong. He is lost, but yet he can find the One who can find him. I'm pretty sure of this as I keep reading his unfolding story!

More tomorrow!
Carol :)
QUICK for now you can get this free for your Kindle! A Cast of Stones is currently free on Amazon, but you had better move as fast as Errol's staff if you want to get hooked on this series like this! ;) 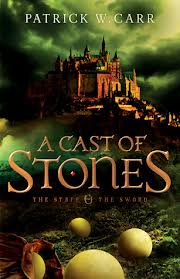 In the backwater village of Callowford, Errol Stone’s search for a drink is interrupted by a church messenger who arrives with urgent missives for the hermit priest in the hills. Desperate for coin, Errol volunteers to deliver them but soon finds himself hunted by deadly assassins. Forced to flee with the priest and a small band of travelers, Errol soon learns he’s joined a quest that could change the fate of his kingdom.
Protected for millennia by the heirs of the first king, the kingdom’s dynasty is near an end and a new king must be selected. As tension and danger mount, Errol must leave behind his drunkenness and grief, learn to fight, and come to know his God in order to survive a journey to discover his destiny. 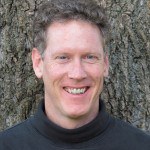 Patrick Carr was born on an Air Force base in West Germany at the height of the cold war. He has been told this was not his fault. As an Air Force brat, he experienced a change in locale every three years until his father retired to Tennessee.  Patrick saw more of the world on his own through a varied and somewhat eclectic education and work history. He graduated from Georgia Tech in 1984 and has worked as a draftsman at a nuclear plant, did design work for the Air Force, worked for a printing company, and consulted as an engineer. Patrick’s day gig for the last five years has been teaching high school math in Nashville, TN. He currently makes his home in Nashville with his wonderfully patient wife, Mary, and four sons he thinks are amazing: Patrick, Connor, Daniel, and Ethan.  Sometime in the future he would like to be a jazz pianist. Patrick thinks writing about himself in the third person is kind of weird.
You can follow Patrick on FB HERE.
In conjunction with the CSFF Blog Tour, I received a free copy of this book from the publisher. (And I am so glad I did!)