The Colonel's Lady by Laura Frantz

Here is a novel as interwoven in romance as it is with mystery and history. With in the first few pages of The Colonel's Lady you are transported back in time to 1779, on the Kentucky frontier. Back in time when the British Redcoats are still fighting the Bluecoated Patriots, and the Shawnee are at war with almost everyone.
Here in the midst of it all one woman, Roxanne. Roxie to her Father and those who hold her dear. Having had the flatboat she was traveling on raided, Roxie takes a small band of women and a child to Fort Endeavor to find her Father. Upon arriving she soon learns that her beloved Father has been killed on the battle front.

Colonel Cassius McLinn loved Roxie's Father, and his dying wish was that Cass take care of Roxie. Once the Colonel finds that Roxanne is under his protection in the fort, things start to change rapidly. Having women in the fort is a drastic change of pace, as well as other captives. Since Roxie can't bear to be ideal in her grief, and a gentle lady like herself shouldn't be a full time cook, Cass soon puts her to work as his scrivener, the position her Father had held for him.

Between daily survival, and multiple growing attractions, it soon becomes clear to Roxie that someone in the Fort means the Colonel and possibly others ill. But how far will they take that ill-will? Her Father left some clues, but she isn't sure who to talk to them about totally, or who to trust. Not just trust with her secrets, but her heart, her life, and the lives of the child and women she brought to the Fort.

The Cololnel's Lady is a really fascinating read. It is extremely well written and worked out. No detail is left hanging, from the descriptions of clothes and food, to the looks that pass between many of the main characters. God is not left out either. He is there in each simply honest prayer as the months pass inside Fort Endeavor waiting for the outcome of each of their lives. Here in a historic setting we grow to be fond of these people, and watch the plans laid out for their lives, a story of hope, courage, forgiveness and truth. 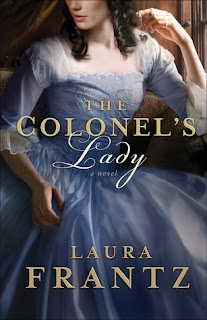 To the trail-weary and frightened women, Fort Endeavor seemed unwelcoming at first, but Roxanna Rowan knew they needed to get to safety as quickly as possible. Deep within the Kentucky Territory, Fort Endeavor could provide a new life for genteel spinster Roxanna as long as she was with her father. She had to find him in the mass of all these soldiers. But where was he?

Shortly after arriving at the Kentucky fort commanded by Colonel Cassius McLinn, the Colonel tells Roxanna that her officer father has died. Penniless and destitute, Roxanna accepts the Scrivener position once held by her father. Before long, Roxanna discovers secrets that her father uncovered shortly before his death. Who could she trust with this discovery that she found in her father’s Scrivener desk? Could she trust the Colonel? Was his attraction to her real or was he hiding his own secrets including her father’s death? Roxanna needed answers that only the Colonel could provide.

Set in 1779 The Colonel’s Lady is a powerful and emotion-packed story full of love, suspense, intrigue, faith, and forgiveness from reader favorite Laura Frantz. Her solid research and skillful writing immerse readers in the world of the early frontier while her realistic characters become intimate friends. 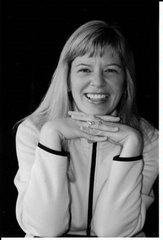 Laura Frantz credits her grandmother as being the catalyst for her fascination with Kentucky history. Frantz's family followed Daniel Boone into Kentucky in the late eighteenth century and settled in Madison County, where her family still resides. Frantz is the author of The Frontiersman's Daughter and Courting Morrow Little and currently lives in the misty woods of Washington with her husband and two sons. More information about Laura at: www.laurafrantz.net

Revell, a division of Baker Publishing Group, offers practical books that bring the Christian faith to everyday life. They publish resources from a variety of well-known brands and authors, including their partnership with MOPS (Mothers of Preschoolers) and Hungry Planet.

Endorsements:
“Portrays the wild beauty of frontier life, along with its dangers and hardships, in vivid detail.” – Ann H. Gabhart, bestselling author of The Blessed, Angel Sister, and The Seeker

“Vivid and Poetic…you’ll disappear into another place and time.” – Jane Kirkpatrick, bestelling author of All Together in One Place and Flickering Light

The book trailer is here:
http://www.youtube.com/watch?v=3zux5bQYrmc

“Available August 2011 at your favorite bookseller from Revell, a division of Baker Publishing Group.”    YES, that is right now!
Posted by Carol E. Keen at 3:47 PM

Carol,
Bless you for your beautiful review! I really appreciate the insights you shared and that you took time to read my book. You have a beautiful blog! Bless you in your own writing and reading ministry.

I really appreciate your post, and getting to read your book. This was the first one of your books I have read, and I meant everything I said in my review. I am so glad you liked it. Thank you so much for your post!
Carol :)