The Alarmists by Don Hoesel

YEAH!
Another Don Hoesel book! This one is The Alarmists. I know "the end of the world" will come one day, because my Bible says so. It is not, normally, an easy topic for me to deal with though. I am not sure why, because I look forward to being with Jesus and living in a perfect world. Many people think the world will end in 2012. How interesting that God has us here in this time frame!
In The Alarmists we meet Brent Michaels. It is his day off, and he is doing something he loves to do, fishing!
His peace and his fishing are interrupted by a "reality check" that it is the 12 month, and the 3rd day of that month, and the whole world is going to come apart! Well, at least enough people figure that it is that he is being "requested" to get to the Pentagon post haste. They want his impute, and so Brent Michaels, Professor of Sociology, embarks on the adventure of his lifetime. This one man is gifted with finding order in chaos, particularly where people are concerned.
Along the way you are in for an action packed ride! Some powers that be actually WANT to bring about the end of the world, for their own benefit of course. Along the way the team that Brent is working with is dealing with their own conflicts and issues. Just because the world might be ending, life doesn't stop.
A wonderful read that will keep you on the edge of your seat, and reading happily!
Another well done book by Don Hoesel!
Carol :)

This week, the
Christian Fiction Blog Alliance
is introducing
The Alarmists
Bethany House (April 1, 2011)
by
Don Hoesel
ABOUT THE AUTHOR: 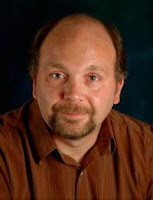 Don Hoesel is a Web site designer for a Medicare carrier in Nashville, TN. He has a BA in Mass Communication from Taylor University and has published short fiction in Relief Journal. He was born and raised in Buffalo, NY but calls Spring Hill, Tennessee, with his wife and two children. The Alarmists is his third novel. 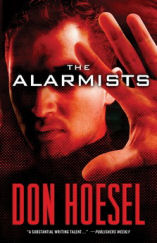 The 2012 phenomenon that's going viral around the globe has led sociology professor Jameson Richards to study the impact on society when, like the Y2K scare, 12/21/12 comes and goes with hardly a wrinkle.

This is the date that, according to the Mayan calendar, the doomsayers predict the world will end. Richards teams up with General Michaels, a scientist stationed at the Pentagon whose job it is to monitor the world's fanatics, keeping an eye out for potential terrorists. Together they uncover something sinister going on beneath the surface, linked to billionaire and media mogul Jeremy Maxwell, who also happens to be a huge manufacturer of weapons systems.

The 2012 date has captured Maxwell's attention too, and he's looking to cash in on the public's fear and paranoia. And what he instigates--along with his corrupt partners--nearly starts another war in the Middle East, while also bringing the world to its knees economically. It's up to the professor/general team to blow the whistle on Maxwell, hopefully in time to avert a major catastrophe.

If you would like to read the first chapter of The Alarmists, go HERE