The Skin Map by Stephen Lawhead

It is time for another wonderful book by Stephen Lawhead. I am a fan of Mr. Lawhead's work.
I am never disappointed by any of his books, though I do have favorites. I think I am missing a few, and I will have to remedy that!

The Skin Map is another shining example of Mr. Lawhead's great creativity and ability to immerse himself and his readers in a very intriguing story, which has enough plausibility to make it be a very real possibility!

(I have to run an errend, when I return I will tell you much more about this book, unless I vanish on a ley line while I am gone!)

O.k, No ley lines got me while I was gone. I have to say I am really thrilled with this book and I can't wait for the next installments of this series. I love the old England and German towns and settings that Mr. Lawhead so skillfully wove into the very fabric of The Skin Map. The idea alone of a map made of skin that has this kind of power was intriguing as well. I am throughly enjoying the transformation that Willamina is going through, as well as the massive adventure that is training Kit.

I can not wait to read the next four books!
Carol 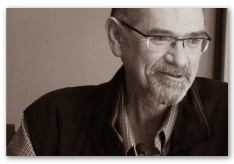 Stephen Lawhead is an internationally acclaimed author of mythic history and imaginative fiction.
He has written twenty-four novels; his most recent one is The Skin Map; a BRIGHT EMPIRES novel. "Once again, Lawhead has penned an epic tale, putting a new spin on an old legend. Full of rich imagery, this page-turner will appeal to fans of suspense and fantasy." – Library Journal 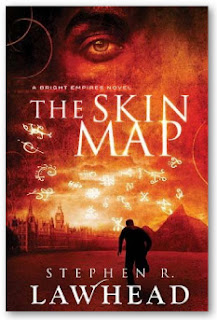 Stephen Lawhead has embarked on his most ambitious writing project to date: the five-book BRIGHT EMPIRES series. The first volume, The Skin Map, has a publication date of 1 September 2010.

The series is underpinned by the cutting-edge work of quantum physicists, natural philosophers, and cosmologists who describe a universe not only much greater, but also far stranger than we imagine.

Looking forward to whatever else you have to say about the book, Carol. (Don't forget to mention that you received a review copy from the publisher. ;-)

I loved the Skin Map too! If you haven't already found him on facebook you should check his page out: http://on.fb.me/cYTDHs