This book was good, but rough! Oh ouch, such a deep walk through this book where one of the main characters, Clint, has cancer. And, he isn't just fighting for his life battling cancer, and praying, but he is an FBI agent. In this case that means he is trying to catch and stop a serial killer. Not just any serial killer, but one who is killing children.  Whew! Many plot lines in this book will keep the reader moving back and forth from one story line to another to see how they all "tie" in to each other.  As a teenager I was home-schooled, so my kudos go to Amy Wallace! I don't know if it is my life experiences with being a child who was home-schooled that make me see how much differently it effected Amy's clarity in writing all her characters who are children, or not. But I do deeply appreciate the way she wrote the children into her book.
As for the cancer aspect, I have several family members who have battled cancer. It is not unknown to me, and Amy Wallace did a fine job showing what the battle can be like for someone. It would not hurt anyone deal with cancer, or who has a family dealing with cancer to read this book!
Carol :) 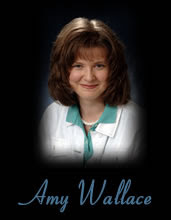 Amy Wallace is the author of Ransomed Dreams, a homeschool mom, and a self-confessed chocoholic. She is a graduate of the Gwinnett County Citizens Police Academy and a contributing author of several books, including God Answers Moms’ Prayers and Chicken Soup for the Soul Healthy Living Series: Diabetes. She lives with her husband and three children in Georgia. 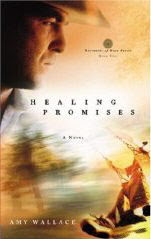 When FBI Agent Clint Rollins takes a bullet during a standoff, it might just save his life. But not even the ugly things he’s seen during his years working in the Crimes Against Children Unit could prepare him for the overwhelming powerlessness of hospital tests revealing an unexpected diagnosis. If only Sara weren’t retreating into doctor mode…he needs his wife now more than ever.

Sara Rollins is an oncologist with a mission–beating cancer when she can, easing her patients’ suffering at the very least. Now the life of her tall Texan husband is at stake. She never let the odds steal her hope before, but in this case, the question of God’s healing promises is personal. Can she hold on to the truth she claimed to believe?

As Clint continues to track down a serial kidnapper despite his illness, former investigations haunt his nightmares, pushing him beyond solving the case into risking his life and career. Clint struggles to believe God is still the God of miracles. Especially when he needs not one, but two. Everything in his life is reduced to one all-important question: Can God be trusted?

Nice review. Sometimes the announcement of cancer in a family, makes the pain to fresh to read or talk on the subject. I will put this book on my list to read latter. I read the first few pages and realized the topic hurt too much to read now.