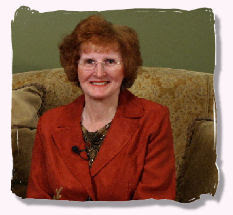 A Note From Wanda:

Ever since I was a child, I wanted to be a writer. When I was in the second grade, I wrote my first poem about a moth. Luckily, I received encouragement from my teacher. During my teen years, I wrote skits that my church teen group performed during special holidays.

It wasn’t until 1980, that I took a course on writing for children and teenagers. I became serious about a career as an author. Soon after that, I began to write stories, articles, poems, and devotionals, which appeared in a variety of Christian publications. Later, I had 5 books of puppet/ventriloquist scripts published. *These books are currently available by contacting me. (wanda@wandabrunstetter.com)

My first novel was released by Barbour Publishing’s book club, Heartsong Presents, in Dec. 1997. I have now written nearly fifty books, with over 4 million books in print. Many of the novels I've written are Amish-themed. 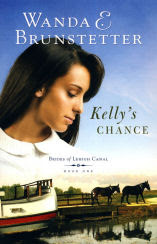 Life for Kelly McGregor is a daily drudge of driving her overbearing father’s mules along Pennsylvania’s Lehigh Canal. She dreams of one day owning an art gallery where her own drawings and paintings are on display. But these dreams don’t include marriage. . .not after seeing what her father has done to her mother. How then can Mike Cooper, a general store owner, make her realize he is different than her father and wants to support her artistic talent? Will Kelly learn that dreams can walk hand in hand with a love created by God?

If you would like to read the first chapter of Kelly’s Chance , go HERE.
The book link is: http://www.amazon.com/exec/obidos/ASIN/1602608903

The Last Day by James Landis

This was listed as a controversial book because it is in places! It is good, it has plenty of war in for those who have been through wars. I did like the way Jesus was portrayed in most of the book. The things I didn't like were the two times that the author let Jesus say that this is the only world. That doesn't work for me. There are millions and billions of stars and galaxies that we can't even study because they are so far away, as well as those are that are closer and yet we can not get far enough to check them out. For us as humans to say that we are God's only creations, this world, this plant, for it to be the only one with life on it out of all that God has made has always struck me as extremely conceited.

The only other major issue I had with this book concerned the Red Sea part. That part bothered me more than anything else in this book. I was greatly saddened for the Author to have tried to make the Red Sea, including all the archaeological findings that are now well known, into a bog quake and a sea of reeds. :(

Those two issues aside it was well written and thoughtful. 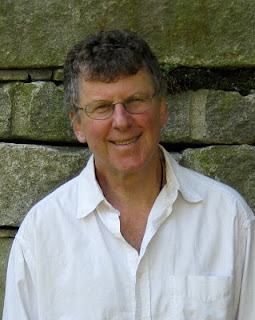 Warren Harlan Pease, the young narrator of this spellbinding novel, returns to his native New Hampshire from the Iraq War and spends an entire day with Jesus visiting and contemplating hi own life with fresh eyes, and a willing heart. He examines his relationships to those he loves─his girlfriend, his best friend, his father, his dead mother, his daughter ─ and grapples with the pain he has been carrying since the death of his mother when he was still a boy.

While in Iraq, armed with his sniper’s ‘s rifle and his deeply held faith, Specialist Pease traveled across ideological borders and earned an appreciation for his enemy’s culture and for what connect us all as human beings. He also learned how to kill and taught others to do the same. “War doesn’t test your faith in Jesus,” Warren comes to realize. “It tests your faith in yourself.” The Last Day answers some questions and asks many more. It’s a powerful meditation on religion and war, love and loss.

This work of compassion and healing grace will resonate with skeptics and believers, be shared and discussed between friends and among families. It is a book for our time, and forever.

If you would like to read an excerpt from Chapter one of , go HERE

The Silent Governess by Julie Klassen

This is a delightful book that you will not wish to miss. With out the plot being the same, this book still has the same wonderful feel that I got the first time I watched a good black and white movie of "Jane Eyre".

While running for her life Olivia Keene accidentally overhears something quite important. This predicament lands her a position at Brightwell Court for at least three months. Those three months can give Olivia much needed time to sort out what has happened to her. But what is Olivia going to do when her voice comes back, and how does her Mother have some connection to Brightwell Court that she has no knowledge about? Many strange and mysterious things are happening and no one quite trusts anyone else. When Olivia winds up as Governess to two children things really get complicated for her!

This very well written book has sayings from books from this era about how servants were to behave, and the rules that Governesses were to follow in order for things to be "proper". These quotes added a great deal to the book in my opinion. Suffice it to say that in this time period Governesses were expected to be like children, seen and not heard. I am not going to tell you what happens, because I never give away endings, but I will tell you that this was a really well written, interesting, charming read. Besides that, how could I possibly resist when the main character's name only has one extra letter than mine!
Posted by Carol E. Keen at 12:30 AM 1 comment: