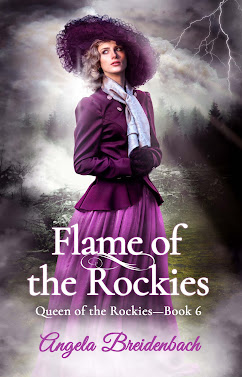 Based on true history when three million acres burned out of control on the border of Montana and Idaho darkening the skies all the way to the East Coast. It’s a wonder anyone survived!

Flame of the Rockies Excerpt 3

"I heard da winters here are hard. You do good wi' dem?"

She nodded, avoiding too much conversation. There must be more than seventy different nationalities working on the rails and the mines here on the border of Montana and Idaho. Some nationalities so close they spoke similar languages, only the colors or sometimes a piece of native clothing distinguished them one from another. This mish-mash of humanity from every known continent all with the same hope—to make their fortunes, whether to bring over more family or get rich quick or hide from the law. Money drove these desperate men. Some also desperate for a woman.

His clothing suggested another Austrian. They tended to band together, each of these different nationalities. Keeping familiar languages together helped with communication overall as the foremen were hired because they spoke English and the native language of their crews, sometimes a few more languages or dialects.

The mixed-pidgin varieties were endless, and sometimes humorous, but the pidgin languages helped bridge one group to another unless they clashed. They often clashed. Tempers as hot as the rail spikes in the sun after a day of excruciating cold, wet work deep in the rocky mountainsides. 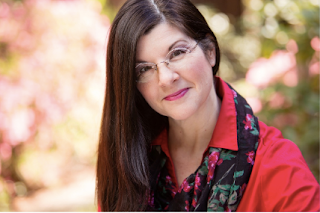 Angela Breidenbach is a professional genealogist, media personality, bestselling author, and screenwriter. She’s also the Christian Authors Network president. Angie lives in Montana with her hubby and Muse, a trained fe-lion, who shakes hands, rolls over, and jumps through a hoop. Surprisingly, Angie can also. Don’t miss her show and podcast, Genealogy Publishing Coach! Find her on social media: @AngBreidenbach